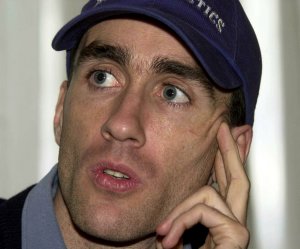 (by Brendan Mooney, The Examiner).  Newly crowned European indoor 3,000m champion, Mark Carroll, plans to make a massive step up in distance but it will only be a once-off effort.  While he has the talent and the potential to break every Irish record from 1,500m up to 10,000m, he is quite prepared to put the 10k on hold for the time being.  He will visit the 10k briefly, however, on May 5 when he will pace his Leevale clubmate and training partner in the US, Martin McCarthy, in his bid for an Olympic qualifying standard at Stanford.  The Ballinhassig man, along with Dubliner, Cormac Smith, went to Gainesville to train with Carroll at the beginning of the year and have been in Florida ever since.  “Right now the idea is to pace Martin up to 8k and if I feel good at that point I will finish it out,” he said. “But I will be coming off pretty heavy training to do it.”   The 10,000m will obviously be a target for the European indoor champion at some time in the future and he has also promised to tackle the marathon.  He already holds the national records for both 3,000m and 5,000m.  Last year he broke his own national record for 3,000m with a 7:30.36 run 60 second lapping and two years ago he set the national record for 5,000m at 13:03.83.  Now he wants to become the third European athlete to run under 13 minutes for the distance. Dieter Baumann in 1997 and Morocco-born Mohammed Mourhit, who had the bronze medal snatched from him by the defending champion, John Mayock, in the 3,000m final in Ghent, went under the mark twice last year as well as running the second fastest 10,000m in the world at 26:52.30 in Brussels last September.   Ray Flynn’s 1,500m record has been a target for Mark Carroll for some time now and he moved closer to it when he ran 3:35.00 last year when he was coming off illness.  He has beaten all the top Europeans at some level in recent times and had a whole string of top 1,500m runners behind him in Sunday’s final.   “I am looking forward to seeing the race,” he said. “They were all there. It was probably the most competitive race of the weekend. I thought it was a very strong field.   “I was surprised at Mourhit. I thought he would have been the man to beat.”   Winner of the European junior 5,000m title in 1991, Mark Carroll put that particular event on hold until 1995 when he won the NCAA indoor title.  He returned to cross-country running for the world championships in Belfast but it was in cross-country that he made his first big impact representing Ireland at the world junior championships in 1989 (103rd), 1990 (19th) and 1991 (35th). Last year he returned to in the short course race at the world championships in Belfast.   He was given a rousing reception in both Dublin and Cork when he arrived home from Ghent with his gold medal yesterday.  The flight from Brussels was delayed but fans waited in Dublin to greet himself, James Nolan, the silver medallist in the 1,500m, and Sinead Delahunty and Karen Shinkins who finished fourth in the women’s 1,500m and 400m, respectively.  Nick Davis, President, represented the Athletic Association of Ireland while John Treacy, Chief Executive of the Sports Council, was also there to greet them.  He missed his connection to Cork but was quickly on the next flight to find a big crowd there to greet him, including his parents, John and Anne, the Lord Mayor, Cllr. Damien Wallace, and representatives of Leevale Athletic Club and a huge following from Knocknaheeny Community Games with whom he launched career in athletics.   “It was a marvellous weekend for Irish athletics,” Athletics Ireland’s International Secretary, Chris Wall, said.  “We had a team of seven athletes in Ghent and they came away with a gold and a silver medal, two fourth places in other finals, three national records and a number of personal best performances. I don’t think any other country could boast of an average like that.”