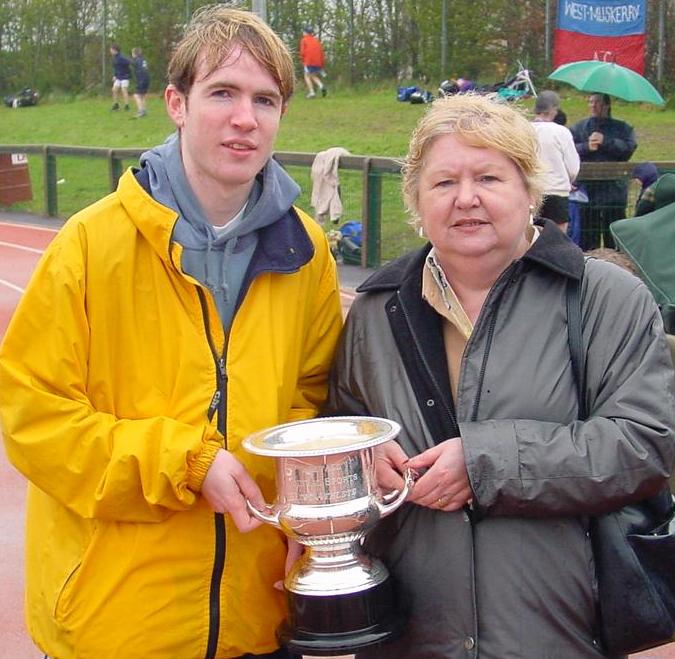 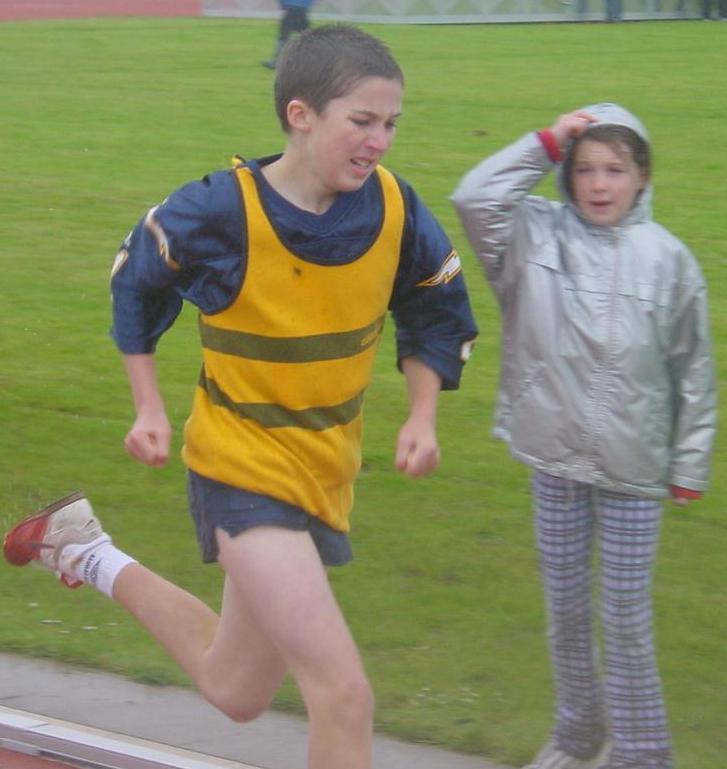 Atrocious weather conditions continued on from the University championships and ensured everyone got a soaking at the Leevale sports in CIT on Sunday.  In spite of the bad weather, club officials expressed themselves pleased with the attendance, with many athletes travelling long distances to compete.
A new trophy, the Kevin Barry Memorial cup was presented to Brendan O’Connor from Beara athletic club by Maura Barry, wife of the late Kevin.
Leevale athletes were out in strength for their first taste of outdoor track this year.  Darren Keenan made a brave attempt to win the 3,000m, running the distance for the first time in ten years or so, but had to settle for second behind Garrett Barry op North Cork.
Darren O’Donovan expressed himself well pleased with the prize he picked up for a clear cut win in the men’s 100m, while Aisling Maunsell continued her winning ways by winning the women’s 100m.
Mark Hanrahan and Damien dunlea fought tremendous battle in the under 18 1,500m before Dunlea broke clear in the last 100m to win – his first ever track race!
Throws coach Leo Sharkey of Donore Harriers left his coaching duties behind to win the shot, with Deirdre Murphy winning the women’s shot.  Donna Hosford won the under 17 and senior long jump competitions.
apart from the weather it was a good day’s competition.  Well done to everyone who made the sports such a success.
(Click for Photos)