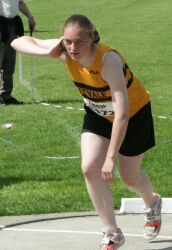 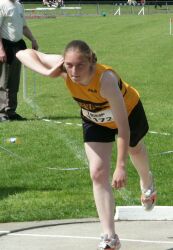 (Photos)
Leevale athletes were in great form at the Lucozade Sport All Ireland championships at Tullamore over the weekend.  The glorious sunshine of Saturday turned into an early morning drenching that lasted most of Sunday.
Deirdre Murphy continued her great collection of medals with another shot/discus winning double.
Kate Fitzgerald easily won the under 16 shot with her sister Maura third in the under 14 shot.
Jessika Zebo was again in fine form in winning the under 19 100m hurdles, and failed by the narrowest of margins to win the 100m. She was third in the 200m.
Aisling Maunsell took third in the 100m, second in the 200m and second in the 400m.
As the picture shows, nothing separated Greg O’Leary and Peter Shallow at the last flight of the under 17 100m hurdles.  Both were given the same time as they crossed the line, but the camera decided that Shallow was ahead.  Greg also picked up medals in the 100m (2nd) and the 200m (2nd).
Darren O’Donovan ran a great 100m, probably his best of the season, but was just touched off by Darragh Graham in another very tight finish.
Orla Coughlan picked up silver medals in the under 16 100m and 200m with some great sprinting.
Donna Hosford continued her dominance of the under 17 long jump with another super win.  Aileen Pomphrett had her best performance of the season to win the silver medal.
Paul O’Flynn was second in the under 18 long jump, beaten by just 2cm, and Sharon O’Mahony was third in the under 19 long jump.
Mark Hanrahan put in a storming last lap in the under 18 3,000m to win an excellent bronze behind an outstanding performance by Jamie McCarthy from Kinsale who led all the way.
In the 1,500m Mark led the race for a long way.  He was a clear second with 150m to go but had to settle for fourth in a driving finish.
Well done to everyone for putting in such great performances. (Results) 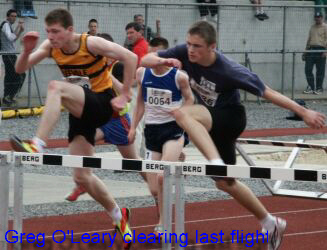 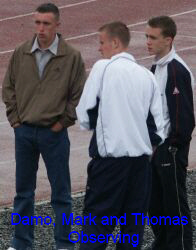 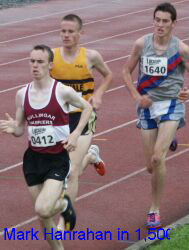 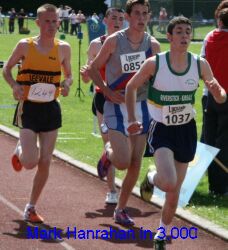 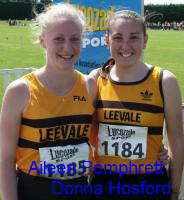