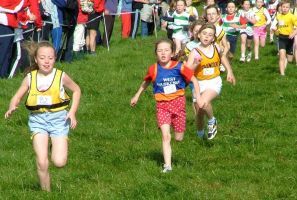 Youghal athletic club hosted the first session of the Cork cross country championships on a very flat course in Killeagh today.  Brilliant sunshine compensated for the cutting easterly wind, but overall conditions were more than suitable for underage athletes, many of whom were having their first taste of cross country running.
Training partners Ciaran O’Lionaird and John Shine made a great start to their cross country season.  Running in the under 17 race, Ciaran took the lead after a couple of hundred metres, and, by the end of the first lap, was a proverbial mile ahead of the rest of the field.  A runaway winner would not be enough to describe the performance.
Denis Metcalfe was up with the leaders for much of the race but faded on the last lap to finish 9th, while newcomers David Corcoran in 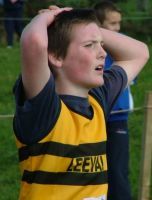 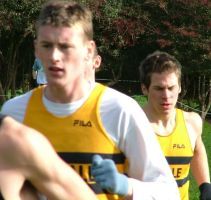 15th and Tadgh McCarthy in 21st combined to give Leevale second team medals.
John Shine settled in well with the leaders in the under 19 race, with Alec Daunt also close by.  At the 2k mark it was Timmy O’Donoghue from Glenbower who led from John and Alec.  That was also the point that John took over the lead and quickly put some space between himself and Timmy.  That lead grew bigger as the race progressed and John crossed the finish line a good winner from Timmy, while Alec, feeling the after effects of a cold, slipped back to fourth.  Newcomer Chris Horgan was 10th.
The novice race saw Thomas Maunsell take the lead with 2k to go, building up a good lead in the process.  Going out the last lap he had 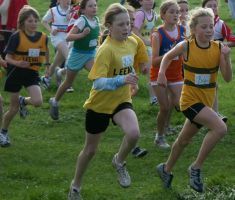 the race at his mercy, but, as the runners re-appeared from behind some trees, it was James McCarthy from East Cork who was leading.  He went on to win, with Thomas second.  Newcomer Bernard Twomey was ninth.
At the other end of affairs Cliodhna Hegarty looked like she was enjoying herself as she led from start to finish to win the girls under 9 race.  With Jennifer O’Sullivan in 8th, Emma O’Brien 12th, and Aisling Hanrahan 13th, Leevale were second team, a first for the club.
Another first came in the girls under 11 race.  Here Shauna Fagan ran an excellent race to finish 5th, with Sionha Ni Dheasmhunaigh 9th, Tia McMahon 10th, Laura Brennan 12th, Jane Linehan 13th and Jennifer O’Lohan 18th, placings that gave Leevale victory in the team contest. 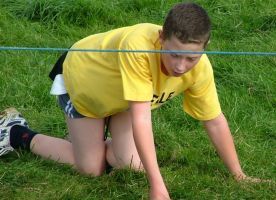 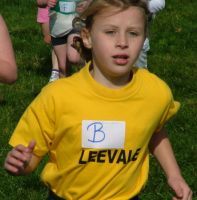 Denis O’Sullivan ran another excellent race to win the under 11 boys race, with Sean Fogarty 9th.
Kevin Flahive led the way home in the under 9 boys race with a 6th place finish, with Aaron Patrick Hughes 9th and Cathal Merz 29th.
Eric Curran had a good run in the under 15 boys race, in fourth place for much of the distance.  He faded a little on the last lap to finish 9th, while Conall O’Dheasmhunaigh was 20th, Ian Chisholm 28th, Charlie O’Sullivan 36th, Richard Fogarty 37th and Sean Creedon 38th.
Peter Hanrahan was best of the under 13 boys in 18th place, with Sam Lynch 27th, Aodhaghain O’Dheasmhunaigh 29th, Stephen Devine 31st, Colin O’Flynn 34th, Sean Devine 36th, David Eustace 40th, Dalach O’Dheasmhunaigh 41st and Conor Creedon 49th.
Well done to everyone who competed.  Hopefully everyone enjoyed the experience.  Photos.  Full results are at Cork AAI