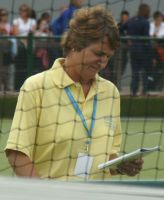 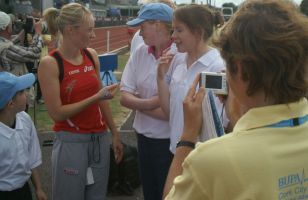 There were excellent performances from all the Leevale teams at the All Ireland Relays at CIT on Saturday.  On one of the hottest days of the year, and when families would have preferred to hit the beach, great credit must go to everyone who came along and made it a super day for Leevale.
Gold medal performances came from the girls under 10,12 and 15 teams, as well as the boys under 9, 11, and 13, while the boys under 10 team were a close second.    Photos
The girls under 13 and boys under 17 teams were just out of the medals with fourth place finishes, while the boys under 16 were 7th and the boys and girls under 12 teams were 8th.  Well done to all the athletes and coaches for such a great effort.
several teams were under strength as five athletes were involved with the Kit Kat Irish schools team competing in Grangemouth Scotland.  Her there was a great performance by David Quilligan who smashed his PB with a jump of 6.62m, an effort that placed him third in the competition.  Harriet Cross was just outside the medals when she finished fourth in the 300m in a time of 40.42, while Chris Murnane was 7th in the 100m hurdles in 14.54, Imelda Morrison was 7th in her long jump with 5.49m, and Cliona O’Shea was eight in the 100m with a time of 12.87.  All will 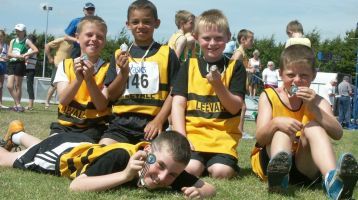 have benefited from the experience of competing internationally and can look forward to many more great days in the Irish vest.
On Sunday Leevale’s men’s and women’s teams were in action in the national league in Limerick on another gloriously hot and sunny day.  One of the best performances came from Jessika Zebo in the 400m.  She took the lead from the gun and had the race sewn up after 100m.  For her solo run she was rewarded with a new PB of 56.46, a continuation of her recent excellent form over the distance.
Mark Hanrahan returned from injury and had little difficulty winning the 800m and 1,500m, while Carl McNamara secured maximum points by winning the 100m and 200m easily, and made a big contribution to the winning 4x100m relay team.
Pawel Hazler won the discus and Joe Nagle won the shot to make it a good day for the Leevale men.
Deirdre Murphy recorded a good discus and shot double for the women, while the 4x100m and 4x400m relay

teams were both successful.  Katey Byrd won the triple jump.
Derval O’Rourke continues her assault on the Irish hurdles records.  She had her first competitive run at the Bupa Cork City Sports since winning the World indoor 60m hurdles title in March, and was just pipped on the line.  Her time equaled her Irish record and she has since reduced that record with a 12.82 run in Lausanne.
Well done to Ciaran O’Lionaird who has been selected as one of twelve athletes to receive funding under a new sponsorship deal between Athletics Ireland and the ESB.  A herniated disc in his back forced him to miss most of the season but he is now back in full training and looking forward to a new life in Michigan University where he is headed in the next week or son.  All in Leevale wish him the best of luck.
As always Leevale was well represented at the All Ireland underage championships in Tullamore (Is there any other sports organisation in Ireland that describes 17 and 18 year olds as ‘juveniles’.  It’s long past the time to change!!). 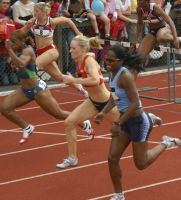 April Philpott 5th in the under 14 200m.
Kate Humphreys 3rd in the under 15 200m.
Alana Quinn 6th in the under 17 200m.
Thomas O’Sullivan 8th in the under 18 200m.
Imelda Morrison 2nd in the under18 long jump.
Superb performances all round.  Well done to all the athletes, coaches and officials responsible.
Good luck to everyone competing in the Woodies DIY national championships in Dublin at the weekend.