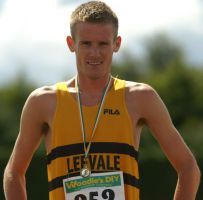 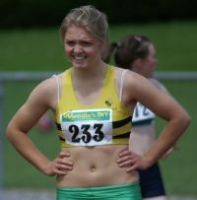 Leevale athletes produced another wonderful display at the Woodie’s DIY national junior and under 23 championships last Sunday.  There was bright sunshine for most of the day with very little wind, making it perfect for athletics.  However, there were several downpours that resulted in short delays during competition.
Mark Hanrahan, competing in the under 23 1,500m, was in terrific form.  He took the lead from the gun and had his rivals at full stretch long before the end of the first lap.  He kept up the effort throughout the race and finished well clear in a time of 3:49.11, well inside his previous best for the distance.
Derek Duff made it a double in the under 23 sprints, looking relaxed and confident in taking the 100m in 11.00 and the 200m in 22.15.
Pawel Hazler was another in great form.  He started the day with a good win in the junior hammer with a throw of 54.01m, and followed up with a new PB in the discus of 50.10.  His efforts to make it a treble came unstuck 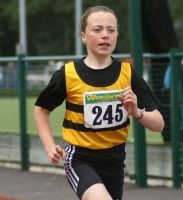 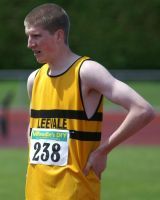 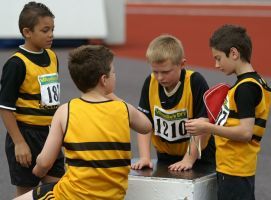