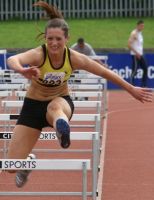 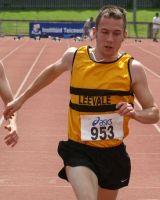 It has been a hectic few weeks for Leevale athletes who continue to impress in all competitions.  Athletes from all age groups have been in action from the very youngest to Paddy Moore who won silver in the javelin at the Munster championships last weekend.  Paddy will be 60 later this year and his silver medal means he has won medals in Cork County and Munster championships in every decade since the 60’s.  He also has a host of medals won in National competitions.
Deirdre Murphy continues in great form.  She has been selected on the Irish team for the European Cup this weekend and celebrated with an excellent winning double.  In the discus she threw 39.44m, a season’s best, with junior Sarah Bradfield second with a throw of 34.04m.
In the shot Deirdre threw 11.21m, her best in a couple of years for a great double.
Still on throwing, Pawel Hazler set a new PB in the discus, finishing second with a throw of 44.91m.  Roman Wysolki, one of Leevale’s leading throws coaches, was himself second in the hammer with a throw of 50.59m. 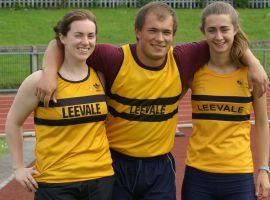 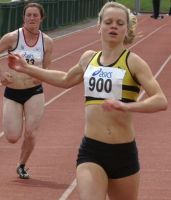 The much travelled Joe Nagle was a good third in the 56lb over the bar with 3.00m.
On the track Carl McNamara gained compensation for a DQ in the 100m with an easy win in the 200m in a time of 22.01, while Derek Duff was a close second in the 100m in 10.80.
Ailis McSweeney was in fine form to win the 100m in 12.15, the same time clocked in Limerick the previous day.
Claire McSweeney did likewise in the 200m, winning in 26.01.
Niamh Cremin ran a very positive race in the 400m and had the race won, but weakened very near the line, was overtaken by Laura Crowe, and had to settle for a very close second place in 58.53.
Greg O’Leary continued his return to racing, finishing a close second in the 400m in 50.60.
Leevale relay teams dominated with wins recorded by the women’s 4x100m and 4x400m, and the men’s 4x100m.
The previous day Mark Hanrahan put in a fine display of front running to win the 1,500m a the Yale Harvard meet in UL in 3:50.51. 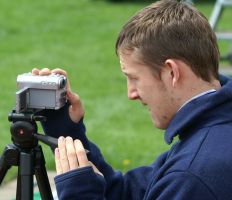 Deirdre Murphy was second in the discus with 38.77m, with Sarah Bradfield fourth with 34.72m.  Niamh Cremin was third in the 400m hurdles with 62.58m.
David Quilligan was fifth in the long jump with 6.10m.
Best of luck to Deirdre Murphy, Ailis McSweeney and Derval O’Rourke who are members of the Irish team for the European Cup in Vaala Finland this weekend.