2007 is going to be a special year for Leevale Athletic Club.  It marks the 40th birthday of the club which was founded in 1967.  The past forty years have been years of incredible achievement by Leevale athletes.  In that time our athletes have amassed a huge amount of titles at Cork, Munster, National and International levels.  Leevale athletes have been tremendously successful on the track, in field events, in cross country and on the road. 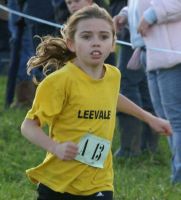 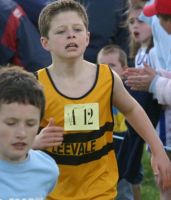 The past year continued that trend with some superb performances by Leevale athletes of all ages.  On the international front Derval O’Rourke was undoubtedly ‘Sports Personality of the Year’.  She is the latest Leevale athlete to propel athletics to the forefront of Irish sport with her brilliant gold medal win in the World Indoors in Moscow, and an equally brilliant silver medal at the European championships in Gothenburg.  Needless to say she also won the National indoor and outdoor sprint hurdles titles.  We can look forward to more exciting performances from Derval over the next few years.
Derval teamed up with Ailis McSweeney on the Irish 4x100m relay team that smashed the Irish record in the semi final in Gothenburg.
The Leevale Women’s team put in great performance to place second in the National Track and Field League final in Tullamore in August.  There were excellent performances by everyone involved and the team will be hoping to go one further this year.
Carmel Parnell had another successful year.  Highlight for her was her victory in the 10,000m at the European Masters championships in Poland in July.  She later finished second in the Cork cross country championships and 15th in the senior race at the Inter County championships in Dungarvan.
Ciarán Ó’Lionáird traveled to Boston in January and finished second in the High School mile race at the Reebok Indoor Games.  A gutsy run in the National indoor championships in February saw him finish third in the 1,500m.  He is now at Michigan University on an athletic scholarship, while John Shine is on scholarship at DCU along with Greg O’Leary and Claire McSweeney. 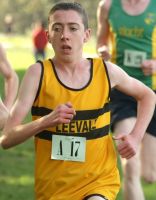 Ryan Creech was a convincing winner of the Cork under 16 and under 17 cross country titles and finished the year with a highly respectable ninth place finish in the All Ireland under 16 cross country championships in Dungarvan.
Shauna Fagan was another to make the tip ten, finishing eight in the under 12 race at the All Ireland’s in Dungarvan, while the girls under 11 team was 6th in the All Ireland cross country in Athlone.
Earlier Shauna was fifth in the under 12 race at the Munster cross country championships in Tralee.  The under 10 race saw Louise Shanahan, daughter of former Irish international Ray, finish second, with Ciara Nalty tenth, and the Leevale team took the gold medals.  Ryan Creech was 5th in the under 16 race.
The Munsters in dungarvan saw Sean O’Callaghan finish fourth in the under nine race, with Matthew Murnane 8th and the Leevale team third.
Eirne Ni Dheasmhunaigh was 11th in the under 11 race and the Leevale team second, while Ryan Creech was 8th in the under 17 race.    Photos
Mark Hanrahan finished 11th in the National senior Inter County championships – fifth in the under 23 age group, winning him selection on the Irish under 23 team for the European cross country championships, with Ciarán Ó’Lionáird selected on the Irish junior team.
To round off a very successful year Daire Walsh won the under 14 Combined Events title at the Munster Indoor championships on 30th December, with Edmund O’Halloran third in the under 16 event.  In the girls events Katie Nagle was third under 14, and Jennifer Murphy second under 15.
In the Munster Masters John Corr  had a double, winning the over 35 60m and 200m, while Joe Nagle won the over 35 long jump and weight for distance, and was third in the shot.  Frank Stam was second in the over 45 shot and weight for distance, and was third in the high jump.
The Leevale Open Sports in April showed the superb organisational ability of club members and the meet was an outstanding success.  Plans for this year’s Sports are at an advanced stage and the promise is that this year will surpass all previous Sports.
Derval O’Rourke’s Web Page