Congratulations to Cathal Owens and Orla Barry, both of whom were selected on Irish international teams recently. Cathal was named on the 4x400m relay team that will compete in the World Junior T&F Championships in Poland on 8-13 July, and is the first Leevale athlete to compete at this level. The full team is listed here. 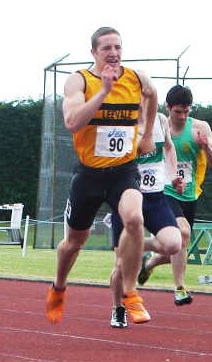 Cathal Owens in action at the National Leagues in Tullamore recently

Following on her recent record-breaking exploits, Orla Barry was named on the Irish Paralympic Team that will compete in Beijing from 6 September. Full story.