The All Ireland Schools’ track and field championships were held in Tullamore today in glorious sunshine, quite a change from the winter-like conditions in Limerick two weeks ago. A number of Leevale athletes competed representing their respective schools.

Alan Nolan started the medal count with a third place finish in the junior boys high jump. Alan cleared 1.65m and only missed out on second place on count back.

Kate Humphries followed with a third place finish in both the Senior Girls 400m hurdles and 200m sprint respectively. 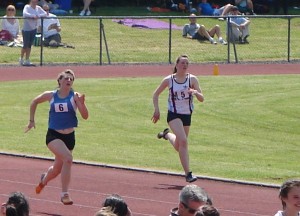 Patrick Maher won the senior boys 400m hurdles, beating Jason Harvey of Campbell College. Jason led from the gun as was still ahead as they approached the final hurdle, however, a battling run by Patrick brought him past his rival for an exceptional victory. 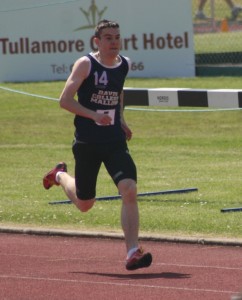 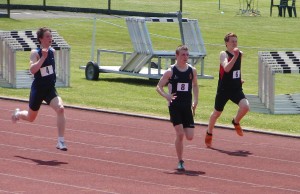 The standard of competition was exceptionally high this year and many athletes, including Patrick & Edmond, eagerly await the announcement of the team selection for the European Youth Olympics, which will be held Finland in July.