Leevale athlete Bryan Keane was guest of honour at a civic reception held by Lord Mayor Dara Murphy in city hall this evening. Bryan was given this award by the city as a result of his fantastic achievements in an event that he only took up nine months ago. In his first year as a triathlete he achieved three podiums in three consecutive European Cup Competitions. Bryan’s medal haul includes a gold in Athlone, Ireland, silver in Carlsbad, Czech Republic, and the collection was finished off with a bronze in a very competitive race in Poland. 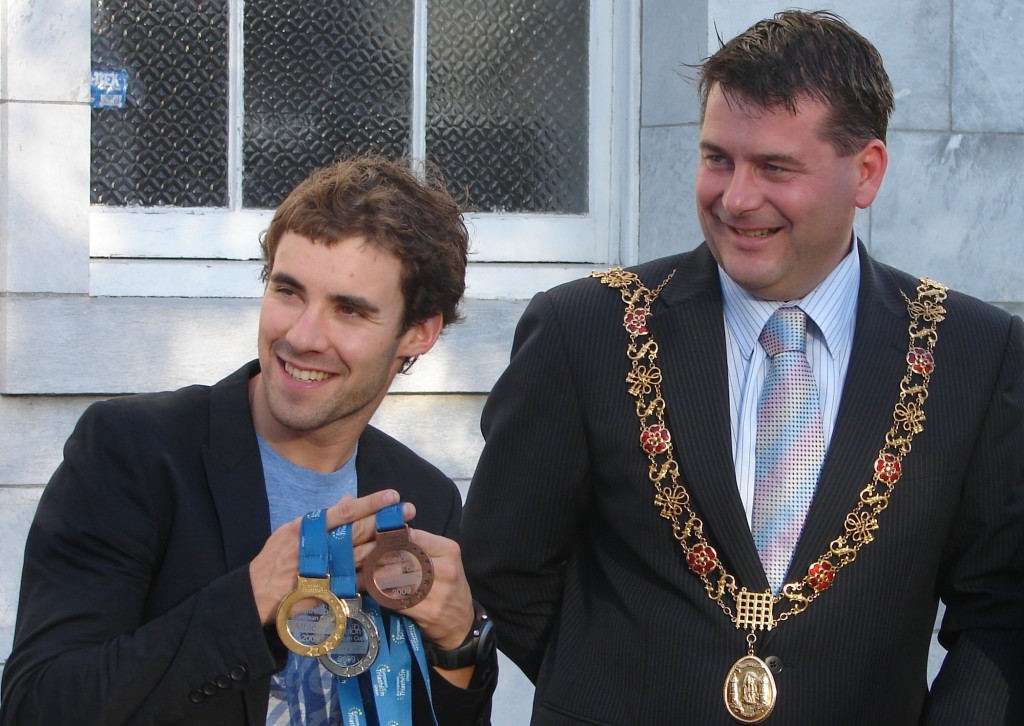 Bryan started his athletic career as a young juvenile in Leevale AC. Club President Finbarr O’Brien and coaches Tony Shine & Donie Walsh were among the club members in attendance for the Civic Reception.
We are very proud of Bryan’s achievements and we wish him every success in the future. London 2012 definitely beckons for Bryan. The future is bright for this incredible athlete.