Three of Leevale’s top stars made a unique appearance in front of a 50,000 plus crowd at Croke Park yesterday. The three, Derval O’Rourke, Ailis McSweeney, and David Quilligan, were part of the Munster team that partook in the Inter-Provincial Relay which formed part of the GAA’s 125 Celebrations. 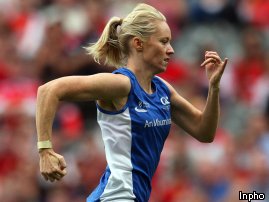 The event was being held to highlight the historical links between athletics and the GAA and coincided with the homecoming of the Irish team from the World Championships in Berlin. It was great to see athletics involvement at such a high profile event, and in particular the enthusiastic welcome received by World Championship silver medallist, Olive Loughnane, who led the teams out for the relay.

The Leevale name also featured prominently as the teams were announced to the crowd, comprising, as they did, half of the Munster team! The race itself was a close run affair. Ailis and David led off for Munster, and the large Cork crowd in attendance were in full voice as Derval took off and stormed ahead in the fourth leg. The finish was very tight as Dooneen athlete David O’Shea of just held off the fast-finishing Stuart Connor of Ulster for a great Munster win. 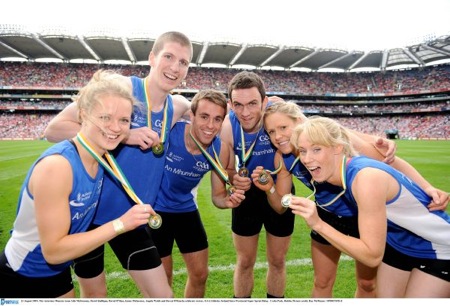