Derek Duff won the U23 Men’s award. Derek is the current national senior indoor champion for 60m. In 2008 he also won the U23 Munster 100m & 200m, and the Munster senior men 100m. In the national senior championships Derek had a double podium finish taking bronze in both races, which were won by the Olympic bound Paul Hession. 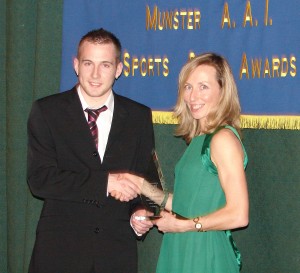 Leevale also won the best indoor junior club for 2008. This award was collected by Liam Horgan, the club chairman. 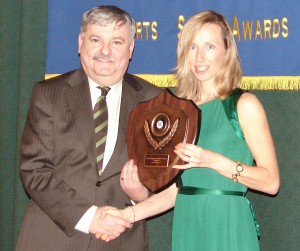