The following article was published in tonight’s “Evening Echo”, November 23, 2010. The article is provided courtesy of John Walshe. 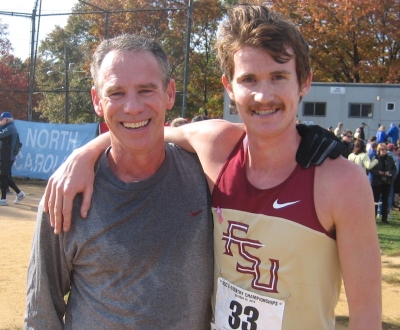 Yesterday, Ciaran Ó Lionáird, a member of the Leevale club, put a number of frustrating injury-stricken years behind him when claiming a highly credible 18th place at the NCAA Cross-Country Championships held at Terre Haute in Indiana.

But 40 years ago today, on November 23, 1970, another Leevale man, Donie Walsh, recorded what was undoubtedly one of the greatest performances ever by an Irish runner when finishing runner-up at the same NCAAs which took place in Williamsburg, Virginia.

Although Neil Cusack from Limerick would go on to win the title two years later – the only other Irishmen to have done it since have been Sean Dolman (1991) and Keith Kelly (2000) – Walsh’s feat was remarkable for two reasons.

Firstly, he finished just eight seconds behind the iconic idol of the day, Steve Prefontaine, and secondly, for the number of famous names he left in his wake.

Prefontaine was a high school sensation, winning every meet he contested in his junior and senior years and establishing a national high school record of 8:41.6 for two miles. Recruited by the University of Oregon under coach Bill Bowerman (also one of the founders of Nike), Prefontaine had already taken the bronze medal at the NCAA championships of 1969.

In his first year on scholarship at the famed Villanova University, Walsh had finished a highly promising 11th that day after an over-ambitious start. “The mistake I made that year was that I went out too fast. I went though the first mile in 4:15 which was a second faster than my personal best for the distance at the time,” he recalls.

His form leading into the 1970 decider was good, and he had also learned a valuable lesson from the year before. “I said this time I would go out slow, and went through the first mile in 4:30. They were all gone from me; I was way at the back.”

“But as the race went on I was coming through and coming through and with about a mile to go I was able to see the leaders. I then just picked then off one by one. Prefontaine was dying ahead of me but he got there before me, if there was another couple of hundred metres left I might have caught him, but he judged it better than me.”

Villanova had won the team title in 1966, 1967 and 1968 and finished second behind UTEP in 1969 and so were amongst the favourites again. Initially, they were given second behind Oregon but a few days later, after reviewing the video of the race, Villanova’s fifth scorer Les Nagy was awarded 62nd place instead of 67th and so they were crowned champions by one point.

Prefontaine’s time for the flat six-mile course was 28:00, while Walsh was credited with 28:08. In third place, two seconds behind the Corkman, was Don Kardong of Stanford. He would go on to finish fourth in the 1976 Olympic Marathon in Montreal before becoming a journalist and author as well as founding the famous Lilac Bloomsday 12km road race in Spokane, Washington.

Greg Fredericks of Penn State finished fourth in 28:12 and two years later set an American record for the 10,000m and also qualified for the 1980 Olympic team. “I could never beat Fredericks on the track but in the cross-country I had the upper-hand on him,” says Walsh.

The second scorer for Villanova that day was Marty Liquori, who finished ninth in 28:37. Three years before he had gained national prominence when becoming only the third high school runner to break four minutes for the mile. After reaching the final of the 1968 Olympic 1500m (the youngest ever to do so), he went on to win indoor and outdoor NCAA and AAU mile titles and in 1977 was ranked number one in the world for 5000m after setting an American record of 13:15.1.

Back in 15th place that day was Australian Kerry Pearce who had set a world indoor two-mile record and won the NCAA steeplechase two years previously.

But of course Prefontaine’s star would shine the brightest of all over the following five years. Narrowing missing out on a medal in the 1972 Olympic 5000m, he would go on to hold seven American track records from 2000m to 10,000m before his untimely and tragic death in a car accident in May of 1975 at the age of 24.

Today, back living in his native Cork, Walsh still contributes to the sport he loves by coaching a large group of runners from both UCC and Leevale twice weekly at the Mardyke track. “It’s an open session, any runners who want to come along are welcome,” he says. “It’s enjoyable and I get more satisfaction from that now than I got from anything.”

He still dispenses the same commonsense advice and enthusiasm that 40 years ago today saw him mix it with the best, the day that Donie Walsh took silver and led Villanova to team gold at the NCAA championships in the historic city of Williamsburg, Virginia. 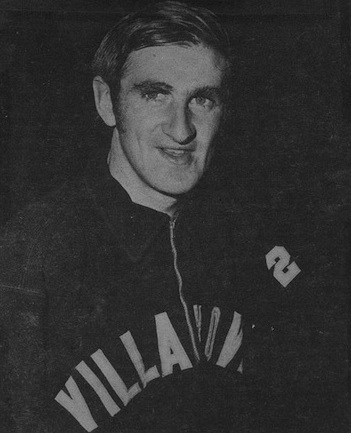