It was a fantastic weekend for Leevale athletes at the National Senior Championships, with a total of four national titles, five silver medals and one bronze. There were additional medals in the team event.

Patrick Maher, who leaves for the World Junior Championships on Tuesday, led from the start of the 400m hurdles and fought off the strong challenge of defending champion Tom Carey, to win impressively. His winning time of 51.53 is a new PB and also improves on his own Irish junior record. 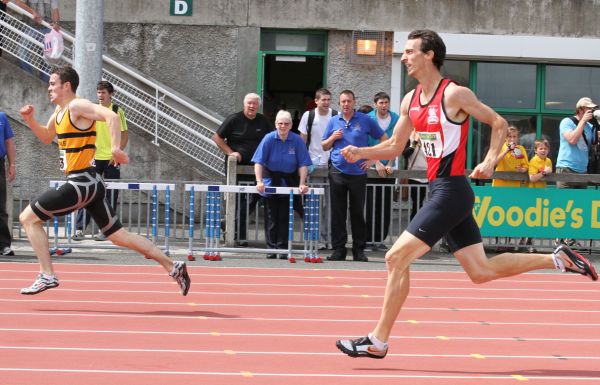 Derval O’Rourke won her eighth national title when she won the 100m hurdles in emphatic fashion in a time of 13.26 into a headwind of 1.9m/s. The win helps her preparations for the European championships in Barcelona.

The women’s 100m resulted in an emphatic win in 11.60 for defending champion Ailis McSweeney, who finished well clear of Amy Foster. Ailis is consistently running well and also travels to European Championships as part of the women’s 4x100m relay team. 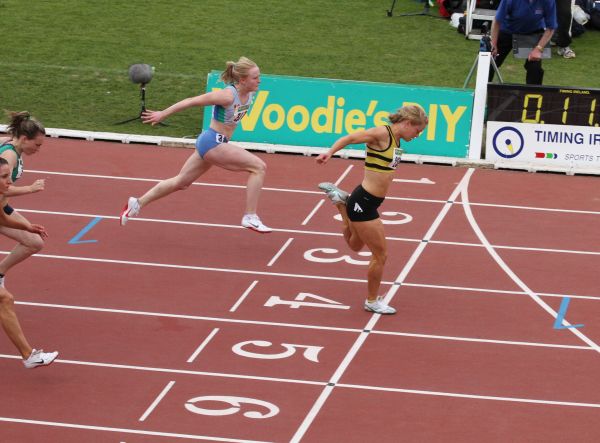 Edmond O’Halloran, winner of the Woodie’s junior title, marked his first run over the higher hurdles with a win in a time of 15.26.

Lizzie Lee had an excellent second place finish in the women’s 5000m to Maria McCambridge. It is now only a matter of time before Lizzie is considered for international selection.

Deirdre Murphy, who is currently home from the US, finished second in the Discus and fourth in the Shot Putt.

Dave Tierney continues to improve as a thrower by finishing second in the 56lb for distance with a throw of 7.82m and second in the U23 men’s 36lb for height with a loft of 4.70m

David Quilligan finished in third place in the Long Jump with 7.17m, David is now jumping consistently over the 7m mark.