Once again Derval O’Rourke stands head and shoulders above all other athletes in Ireland, bringing home the only medal from the European Championship. She deservedly won both the “Track Athlete of the Year” and overall “Athlete of the Year” awards once again. Although disappointed to miss out on being crowned Europe’s top sprint hurdler, Derval was delighted with her podium finish in Barcelona. ‘Unbelievable. I think when I look back on my career whenever it ends, the only thing that will count is medals because they go into the history books and can’t be taken away,’ she said after the race. ‘I’d love to be champion but I ran a personal best and can’t ask for any more. That was absolutely 100% all I had and I’m over the moon.’

Ailis McSweeney had the season of her career and was awarded with Inspirational Performance of the Year. Ailis started by winning the 100m in the National Senior Championships. Then in July at a meet in Belgium she broke the 100m record which had stood since 1978. In Barcelona she went on to reach the semifinals of the 100m at the European Championships and was a member of Irish 4x100m Relay team which set a new national record at the same championships.

Congratulations to both athletes from everyone in Leevale. 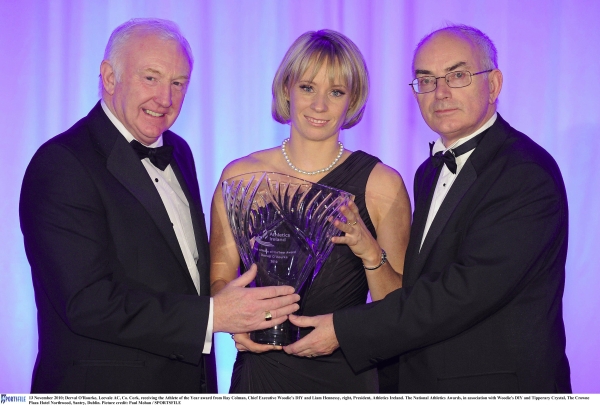 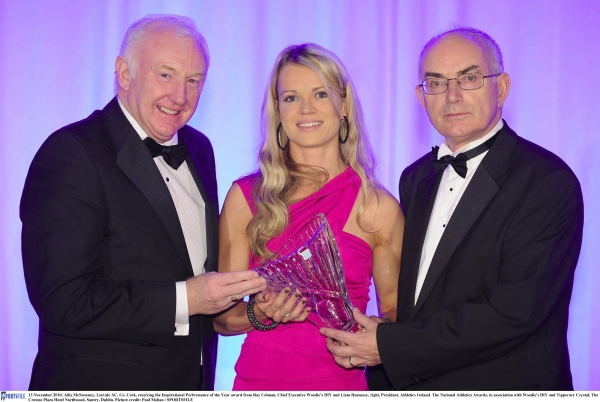