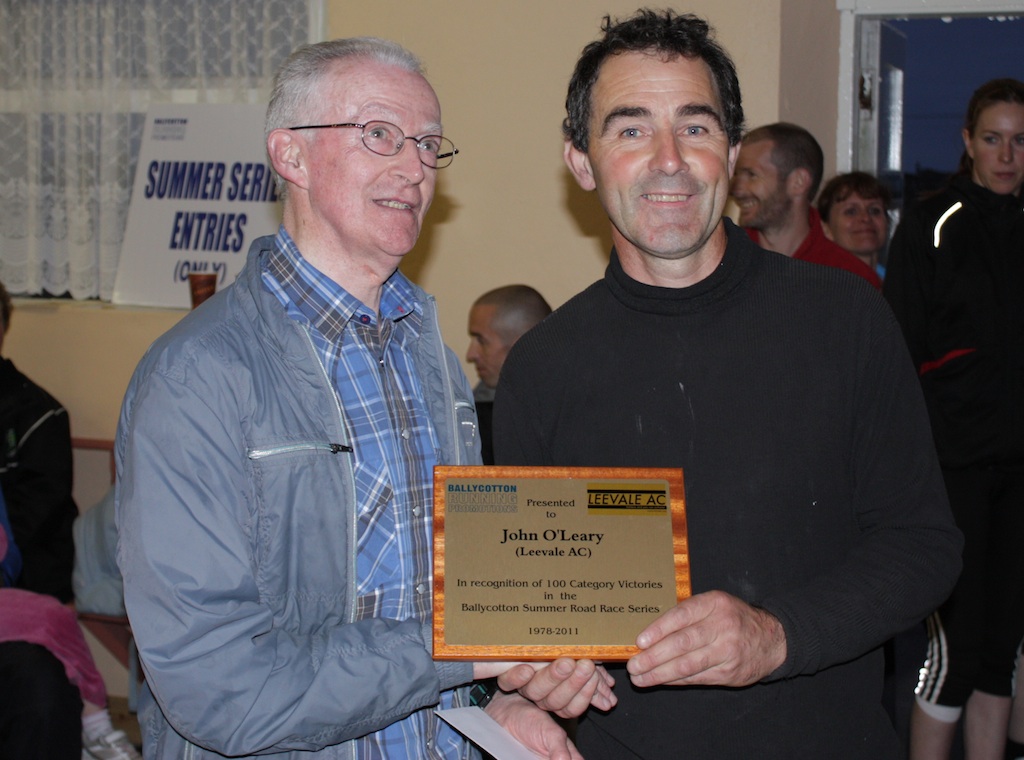 The Churchtown South 5 mile road race took place this evening, the third instalment in this year’s Ballycotton Summer Series. There was a small Leevale contingent present. In the women’s race Niamh Walsh finished fourth, while Ann Moore also had a good run, winning the F45 category. However, the night was most notable for the achievement by Leevale’s John O’Leary, who had his 100th category win in a Ballycotton road race.

John Walshe of Ballycotton Running Promotions gave a great speech at the prizegiving ceremony, charting the progress of John O’Leary’s Ballycotton career, from his first category win in 1978 – the first year the Ballycotton series took place – right through to his most recent win in the M70 category at Churchtown. Afterwards, a number of presentations were made to John, including a special plaque bearing the logos of Ballycotton Running Promotions and Leevale AC. John now claims he has his sights set on win number 200!