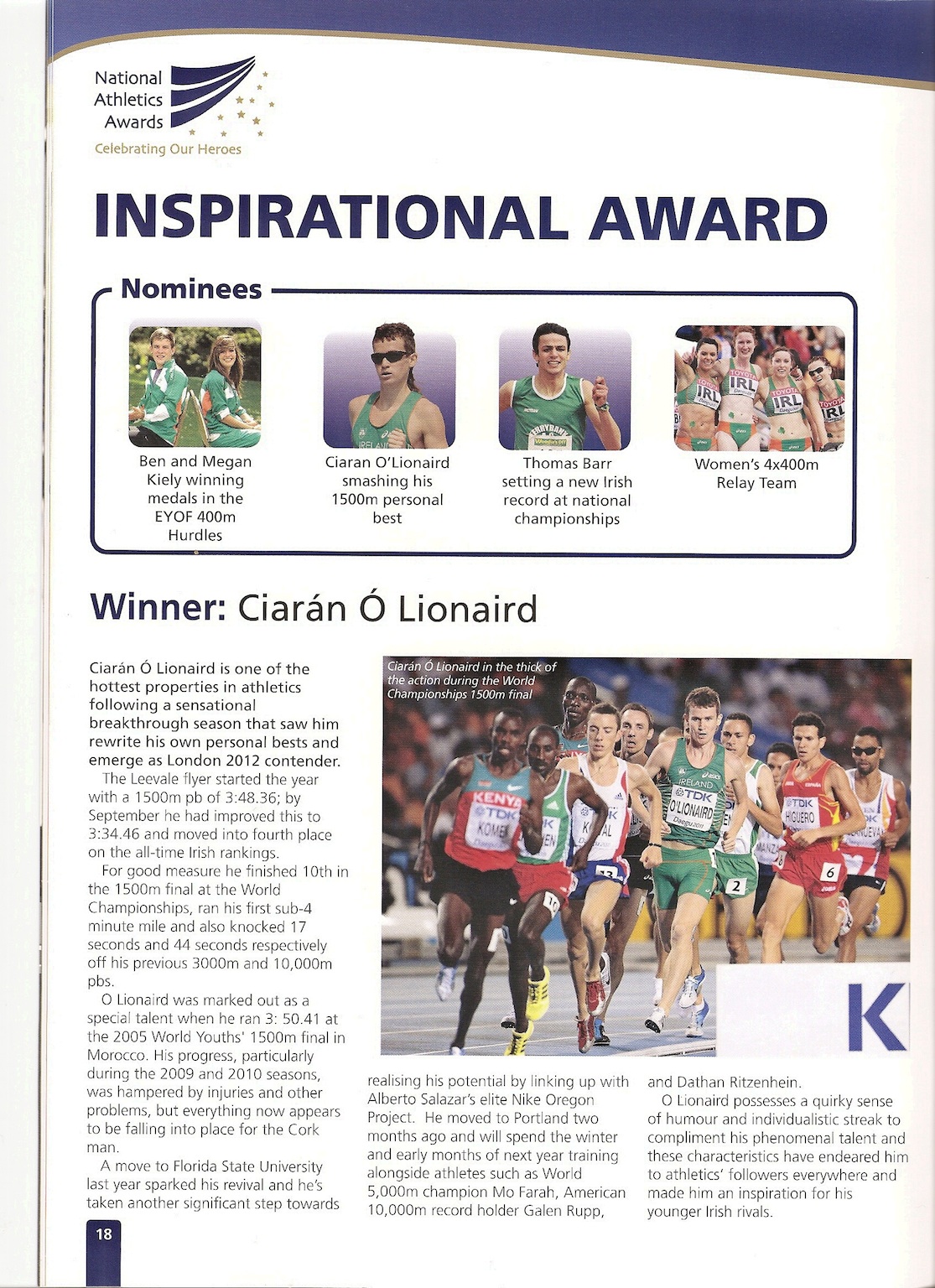 This has been a breakthrough year for Leevale’s newest middle-distance star, Ciarán Ó Lionáird, and last night he won the “Inspirational Award” at the AAI Awards Gala. Ciaran’s mother Angela accepted the award on his behalf. The Gala Night was hosted by Greg Allen of RTÉ. Ciarán was also nominated for Track Athlete of the Year, along with Derval O’Rourke. This award was won by Deirdre Ryan Of DSD who also won the Athlete of the Year. For good measure the Irish U23 Cross Country Team, who won the European Championship last November, won the award for Team of the Year. Ciarán was also a member of this team.

Click on the image opposite to see an article on Ciarán for last night’s awards.