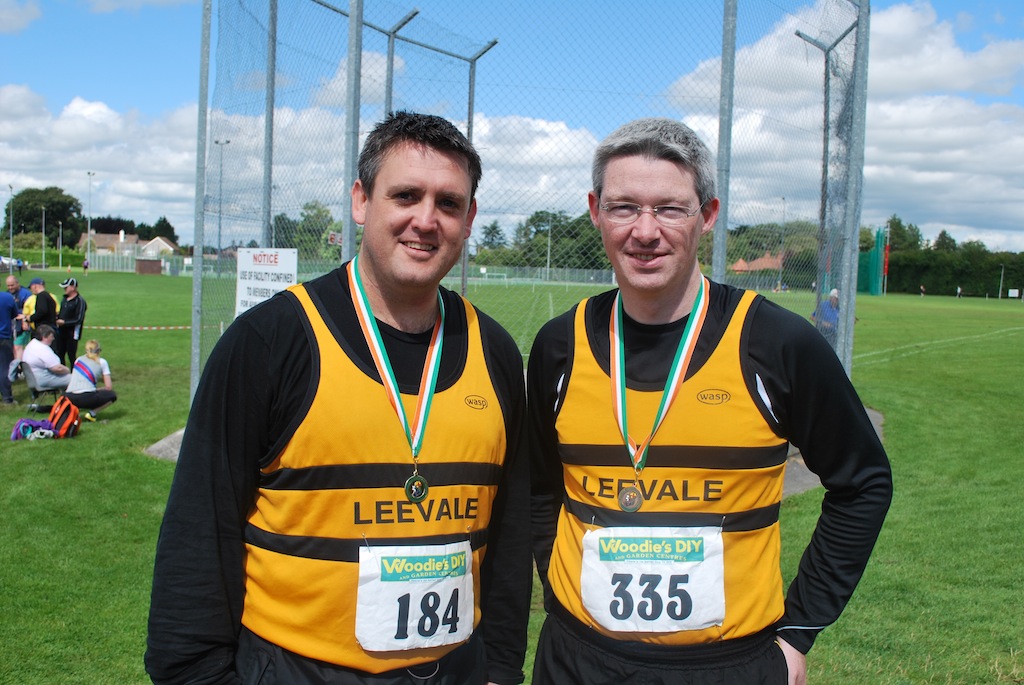 Last Saturday it was the turn of the Masters to take centre stage as their National T&F Championships took place at Tullamore. A number of Leevale athletes were in action. Joe Nagle was not with us and his fellow throwers were shocked and saddened to hear he lost his short battle with cancer. Joe will be fondly remembered by all for his good nature and love of throwing. Ar dheis Dé go raibh a anam dílis.

In the field Shane O’Donnell won the V1 Hammer in his first All-Ireland appearance with an impressive throw of 43.13. We are expecting big throws from Shane next year, thanks to Paul for the coaching tips. Brian Hayes (V1) was second in javelin and hammer and third in shot, discus and 56WFD.