Leevale athlete, Orla Barry won the Bronze Medal in the Women’s Discus – F57/58 at the Paralympics this evening in London. Orla threw 28.12m earning a total of 921 points to take third place. 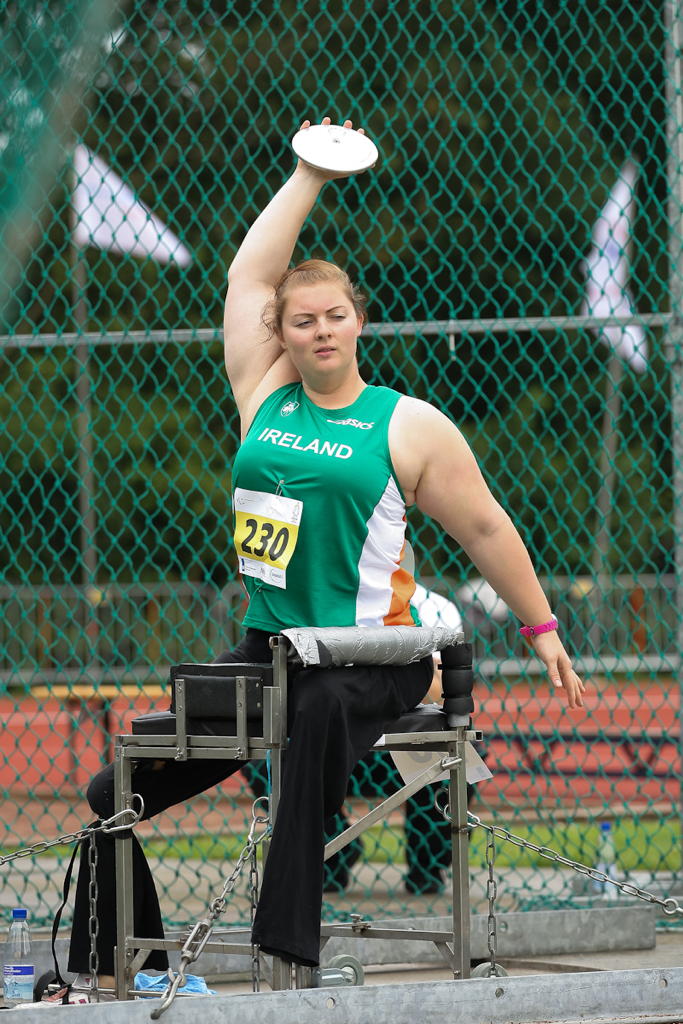 Orla is a full-time athlete and broke onto the international scene aged just sixteen in 2006, placing a creditable fifth in her F57 discus final at Beijing 2008.

In January 2011, Orla finished just outside the medals at the IPC World Championships in New Zealand. She made up for that disappointment by setting a new European record later that summer.

Orla went a step further at this year’s IPC European Athletics Championships in Stadskanaal, when a personal-best throw of 29.65m landed her the gold medal and her first major championship title.

Orla is also an athlete ambassador for International Paralympic Committee partner, Allianz. Ranked number one in the world in 2012.