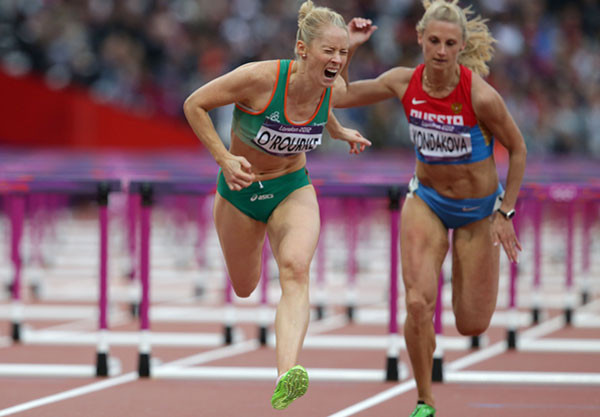 Derval O’Rourke was back in action in the 100m hurdles tonight. Having qualified as a fastest loser from the heats, she was drawn in a very tough heat 2 alongside event favourite Sally Pearson and American Lolo Jones. Just as in the heats, she got off to a great start but faded noticeably in the second half of the race. In the end, she equalled her mark from the heat, and season’s best time, but 12.91 was only good enough for 5th place. Unfortunately this was not enough to make the final.

The standard in women’s sprint hurdling is particularly high at the moment; the slowest qualifying time for tonight’s final was 12.83. Derval should be well pleased with her level of improvement through the second half of this season, and her 12.91 in damp conditions tonight ranks amongst her best performances. 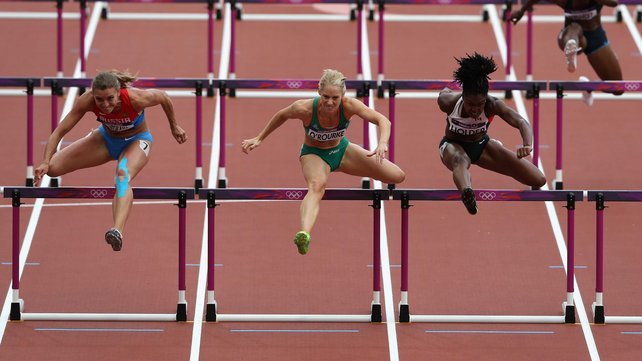 Derval O’Rourke proved on Monday morning that she is truly a championship runner by breaking her season’s best by some distance to qualify for the semis of the 100mH. Running in a very strong heat 4, Derval was just pipped for 3rd place by the Russian athlete which meant she could only go through as a fastest loser. In the end, she did so comfortably as her time of 12.91 was in fact the fastest of the runners up.

Derval’s heat was won by European Champion Nevin Yanit of Turkey from Dawn Harper of the USA. There’s no doubt Derval will need to up her performance again to have a chance of reaching the final. The standard in the sprint hurdles is high at the moment, with 7 athletes inside 12.80 this morning. Sally Pearson of Australia was the most impressive heat winner, her time of 12.57 puttin her well ahead of her rivals at this stage.

The semis take place on Tuesday, at 7:15 pm and Derval goes in lane 3 of the second semi along with Sally Pearson and Lolo Jones of the USA. 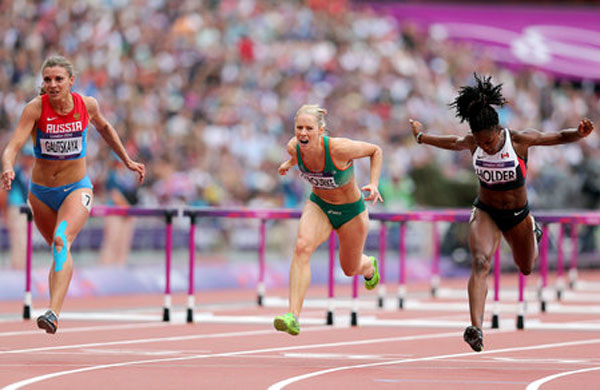