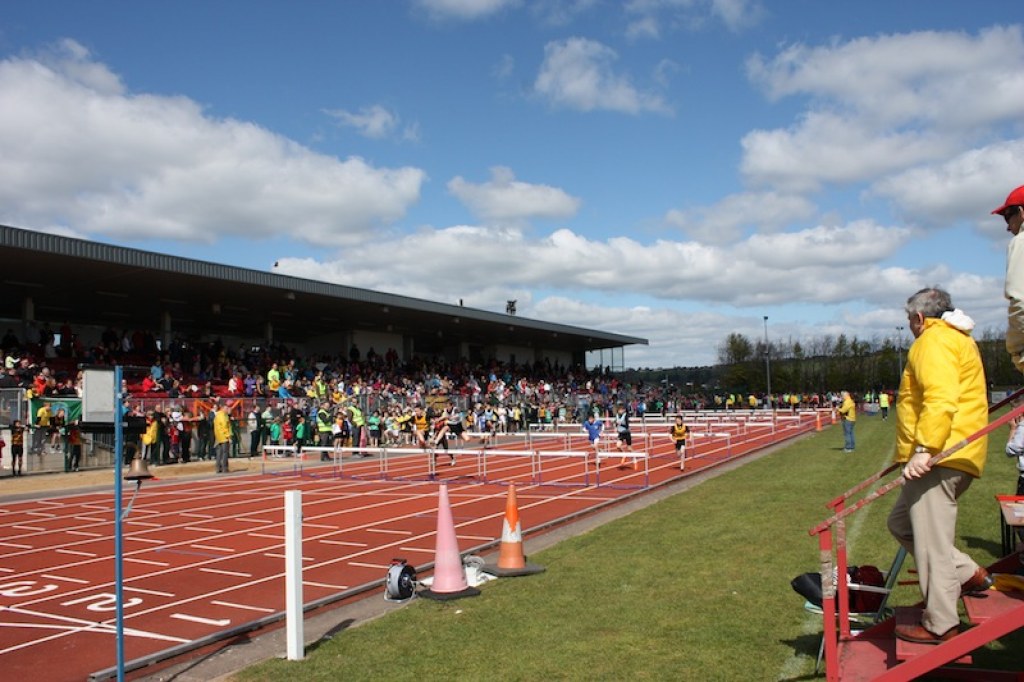 The revamped Leevale 2012 T&F meet took place last weekend, for the first time running as a two-day event. This was the biggest event the club had ever hosted. The two-day format worked out to be a huge success; Saturday saw the biggest ever entry for the senior event, with almost 250 athletes taking part, and the turnout for the juvenile event on Sunday was bigger than last year’s senior and juvenile event combined!

The weather on both days was quite cool but bright, and apart from one heavy shower on Saturday, was dry. The blustery conditions were not ideal for middle-distance athletes looking for times, but ideal for sprinters as the following wind down the home straight was usually within the +2.0 m/s limit for setting times.

The senior programme on Saturday saw some great performances, most notably by Sean Tobin of Clonmel in the junior 1500m race. Sean is chasing a 3:48 standard for the World Juniors and was aiming for 3:53 on Saturday. In the worst of the blustery weather, and running much of the race on his own, he ended up well inside this mark at 3:51. This was phenomenal running in the conditions, and so early in the season. In this form he’ll surely achieve qualification later this season. 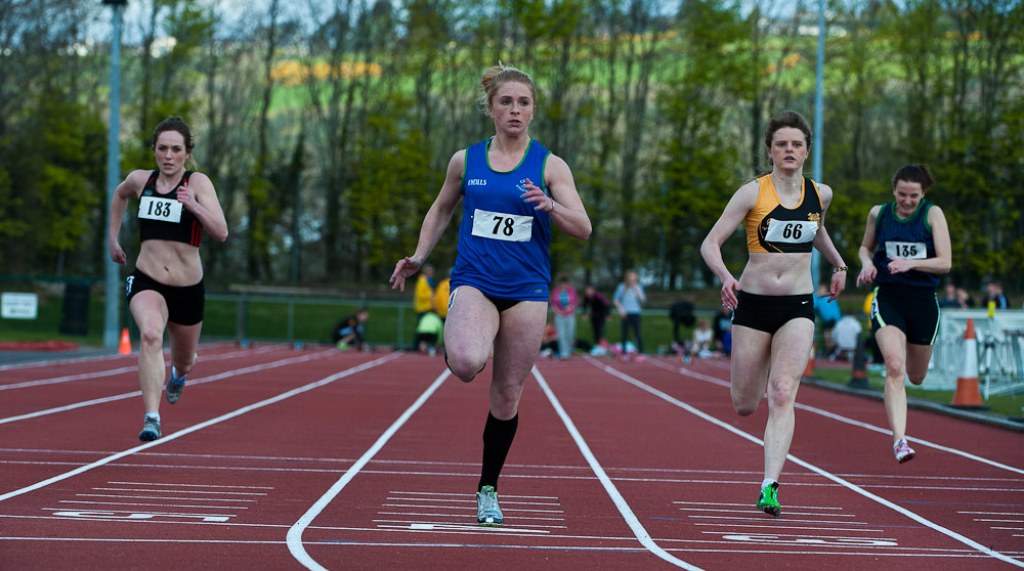 There was also a great display of front running in the 800m from Laura Crowe to take victory in 2:07, and a double victory for Marian Andrews in the 200\400. The women’s 1500m was billed as the race of the day and it was indeed a great showdown between Ciara Mageean and Orla Drumm, with the Limerick woman proving strongest over the last lap to take the win in 4:18. Unfortunately these two international-class runners were the only athletes in the field, with most other middle-distance women opting instead for the 800m or 3K. The women’s middle-distance events may be reviewed for next year’s programme.

The hurdles events were epic affairs; the men’s 400mH saw a showdown between Thomas Barr and Tim Crowe. After a battle down the home straight, only one hundredth of the second separated them, with Barr just pipping his training partner on the line. The women’s 100mH saw an exhibition of hurdling technique from Sarah Lavin of Emerald. The fields in all hurdle events were extremely strong.

The sprint event were very well supported by the athletes, the men’s 100m and 200m each requiring 4 heats. David Hynes had a great sprint double in the 100\200, with Marcus Lawler finishing 2nd to him in each event. In the field events, local favourites David Quilligan and Jessica Sheehan had good wins in very competitive long jump competitions and junior athlete James McCabe of Dunboyne won the hammer competition with a massive throw of 62.55m. 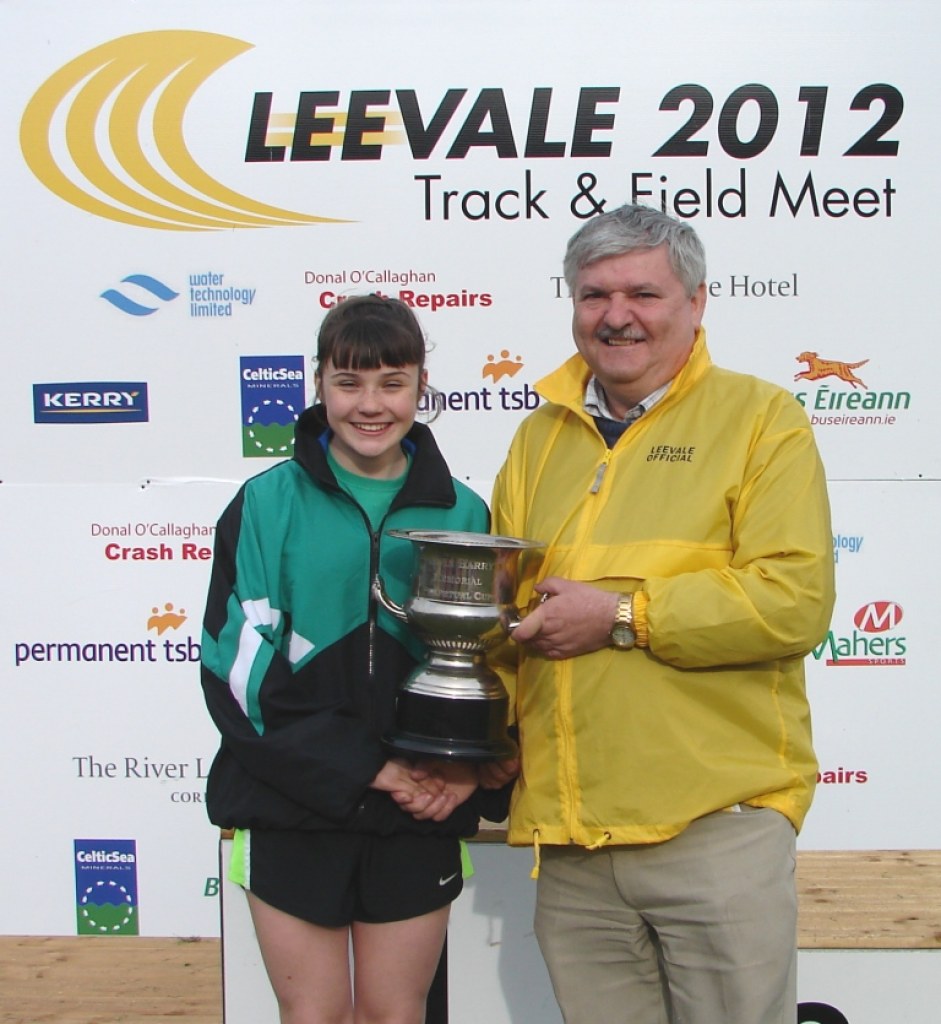 Sunday saw a huge crowd arrive for the juvenile meet. The entry in some of the events was almost overwhelming at times, with over 50 athletes competing in some the long jumps and sprints. Unfortunately, due to the sheer numbers, the programme was well behind schedule after sprint events and it never really caught up later in the day. In spite of that, it was a great day’s action, blessed with better weather than on the Saturday.

Many thanks to the clubs for travelling and bringing athletes in such numbers. We appreciate the patience of the many clubs that stayed with us right till the end of the day, particularly those who had travelled long distances to be at the meet. The programme will be reviewed again ahead of next year’s event.