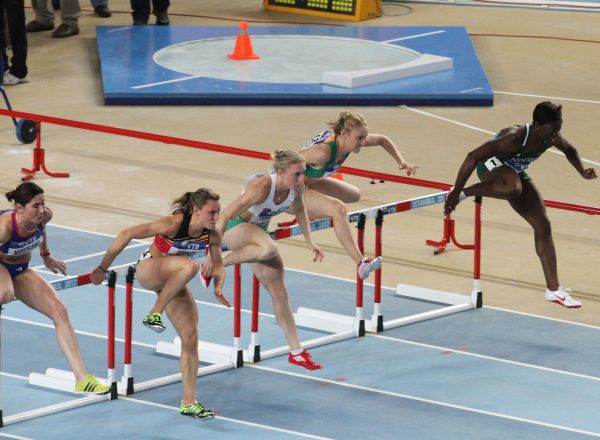 Athletics Ireland have sent a small team of just three athletes to the World Indoor Championships in Istanbul this weekend. Two of the three, Derval O’Rourke and Ciarán Ó Lionáird, are Leevale athletes.

Derval was in action in this afternoon’s semis of the 60mH. Running from lane 2, she did manage a season’s best of 8.13, marginally quicker than in her heat yesterday, but unfortunately that was good enough only for 6th. This means that she does not qualify for this evening’s final. Derval has been hampered by a foot injury for the past few months and hasn’t been able to get a decent string of races together to reach the performance level needed for the Worlds.

Yesterday afternoon Derval O’Rourke ran in the heats of the 60m hurdles. She was drawn in lane 8 of heat 1 and had a solid race to finish 4th in 8.19. After that she faced an anxious wait as the other three heats were run off. In the end she qualified comfortably as fastest runner-up to qualify for Saturday’s semis which takes place at 3:10 pm Irish time. She will most likely need to run quicker than her season’s best to make the final. 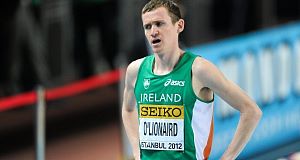 Ciarán Ó Lionáird was in action in Friday morning’s heats of the 1500m. Running in heat 1, he stayed at the back of the field early on before moving up towards the front towards the half-way mark. However, after a slow first 800m, the pace quickened at the front and he quickly fell back again and struggled home in 11th in 3:50.12. Unfortunately, this means he does not qualify for tomorrow’s final. This will come as a big disappointment to Ciarán, who has been in flying form this year on the indoor circuit in the US. No doubt he will move quickly on for this and look towards the outdoor season and the London Olympics later this summer. 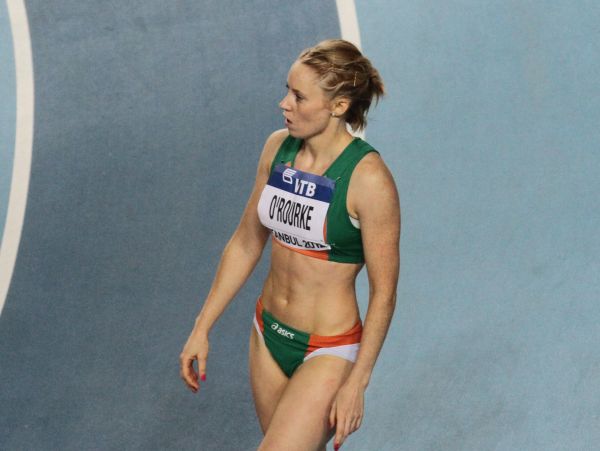