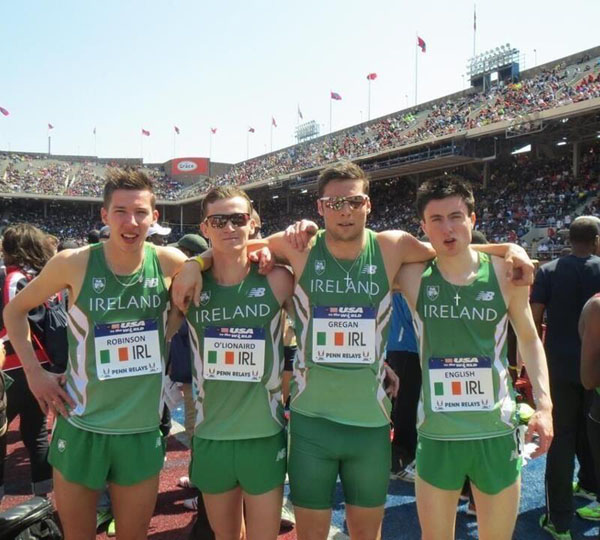 Ciaran O’Lionard began the anchor leg in fifth position chasing the USA blue team who were been anchored by legendary middle-distance runner Bernard Lagat. On the third lap O’Lionaird passed Lagat to move Ireland into fourth position. However Lagat responded and moved the USA blue team back into fourth over the final circuit. Ciaran stuck to his task and crossed the line in fifth place in a time of 9:24.10, to cap off a fine performance by all four Irish athletes.