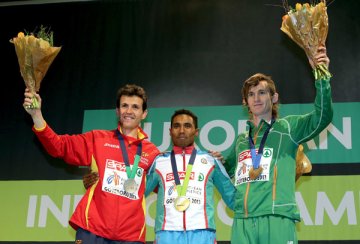 Ciarán Ó Lionáird @gociaran showed his class as a championship runner this afternoon when he took bronze in the 3K at the European Indoors in Gothenburg. He ran an astute tactical race as he stayed back and out of trouble in the early stages as the quick pace was maintained up front. With a few laps remaining he moved towards the front and was on the shoulder of long-time leader Ibrahimov of Azerbaijan going into the last lap. At that stage he looked the most likely winner but Ibrahimov moved into another gear as he struck for home to take victory. Ciarán was caught in the home straight by the Spaniard, Higuero, but he held on for bronze. His time of 7:50 was a new PB for him. 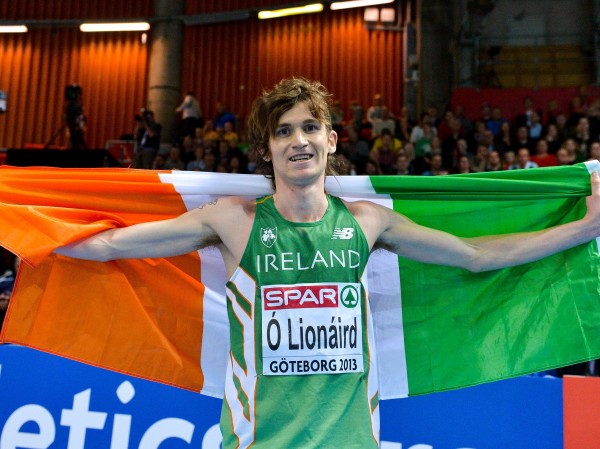 European bronze is a great reward for the promise Ciarán has shown over the past few years. He will be delighted to have reached his potential at a championship event after his disappointment at the Olympics last year. He can go into the outdoor season full of confidence now, where his focus this year will be on the 1500m.

Ciarán carries on the tradition of medal winning at major international championships by Leevale athetes. He is now in the Leevale history book with Donie Walsh, Marcus O’Sullivan, Mark Carroll, Derval O’Rourke and Lizzie Lee.

Listen to a post-race interview with Ciarán: