In the Junior Men’s race Chris Mintern lined up with  74 athletes on the start line. The swim was always going to be physical. The Leevale man was in the thick of it emerging from the water in 43rd. Frenchman Dorian Coninx had set the early swim pace as athletes behind him battled to stay close to the front.

Chris hurried through transition and onto his bike hoping to chase down the leaders. After just a few hundred metres disaster struck for Mintern as an Italian athlete touched a wheel and the bunch scattered across the road in front of him.

“We were at the first corner as I was trying to fasten up my bike shoes. Next minute I look up and there’s a guy on the deck right in front of me. There was nowhere to go so I’m pretty disappointed with it,” commented Mintern.

“I had some road rash but I’m in the World Championships so I just put my chain back on, got back on my bike and chased for the rest of the day.”

Chris battled on, picking off a number of athletes over the final kilometres to finish 67th. 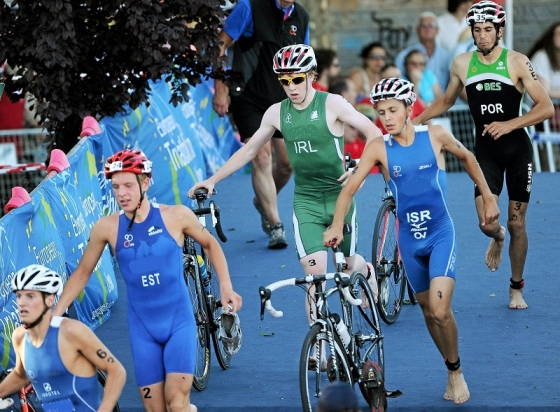