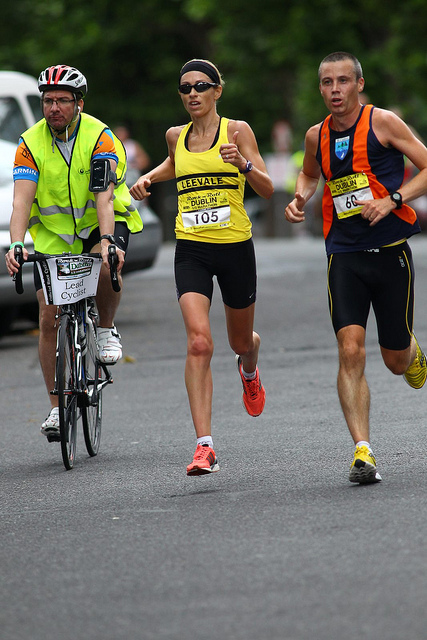 Leevale sent a big delegation to the AAI half-marathon championships in Dublin this weekend. The group featured a women’s senior team, a men’s O/35 team and several athletes hoping for individual honours. The race was held in ideal conditions over a course that took in the city centre and the Phoenix Park, following much of the same route as the Dublin marathon.

The highlight of the day from a Leevale perspective was the phenomenal performance of Lizzie Lee. Right from the gun, she was involved in a ferocious battle with Gladys Ganiel (North Belfast Harriers) that continued right all the way to the 9-mile mark. After that she pulled away gradually and hung on bravely in the last two miles to win by 20s. Her time of 74:48 was a new PB by over 3 minutes and brings her into the top league of distance running.

Claire McCarthy also had a good run, despite an interrupted training schedule. She finished 4th in 77:00, while Nollaig O’Neill was the 3rd Leevale finisher in 84:41. Based on their combined times, this was enough for Leevale to take gold in the senior team event, which was a great achievement. 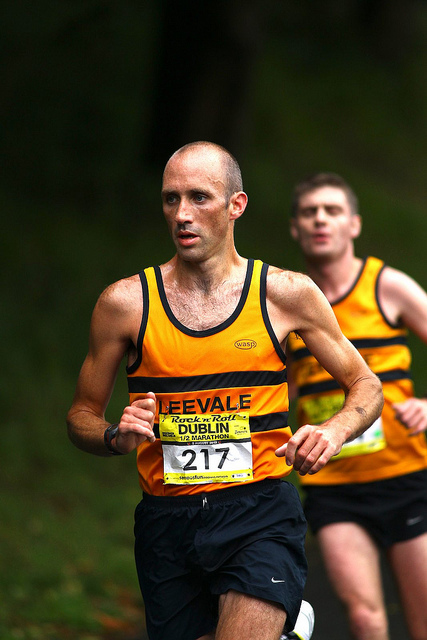 Top finisher for Leevale in the men’s race was Colm Moore, 26th overall in 73:16. Colm ran a courageous race, going out fast and maintaining his form well over the last few miles to finish strongly. Cillian Ó Tuama was next home, not far back in 73:34. Donal Coffey in 74:17 was next, completing the Leevale scoring three, ahead of of John O’Connell in 74:44.