Leevale athlete Louise Shanahan received the Cork City Sports July Athlete of the month award. The young Leevale athlete was selected to compete on the Irish team at the European Youth Olympic Festival Utrecht, Netherlands, where she won gold in a huge new PB of 2:08.75. Starting in lane 7, Shanahan took the inside track from early on and went through 400m in joint third. While most of the field kicked from about 200m out for the finish, Louise then in 5th position waited until about 120 metres and powered down the home straight to take gold while the rest of the field were fading badly. This was a fantastic achievement for the young 16-year-old Leevale athlete. 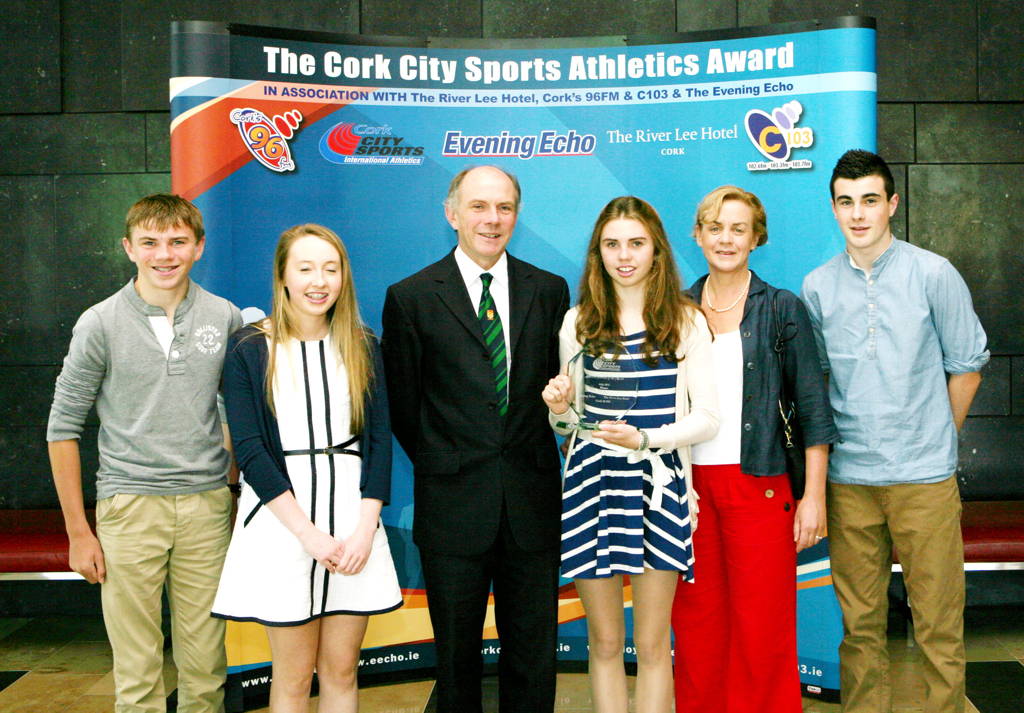