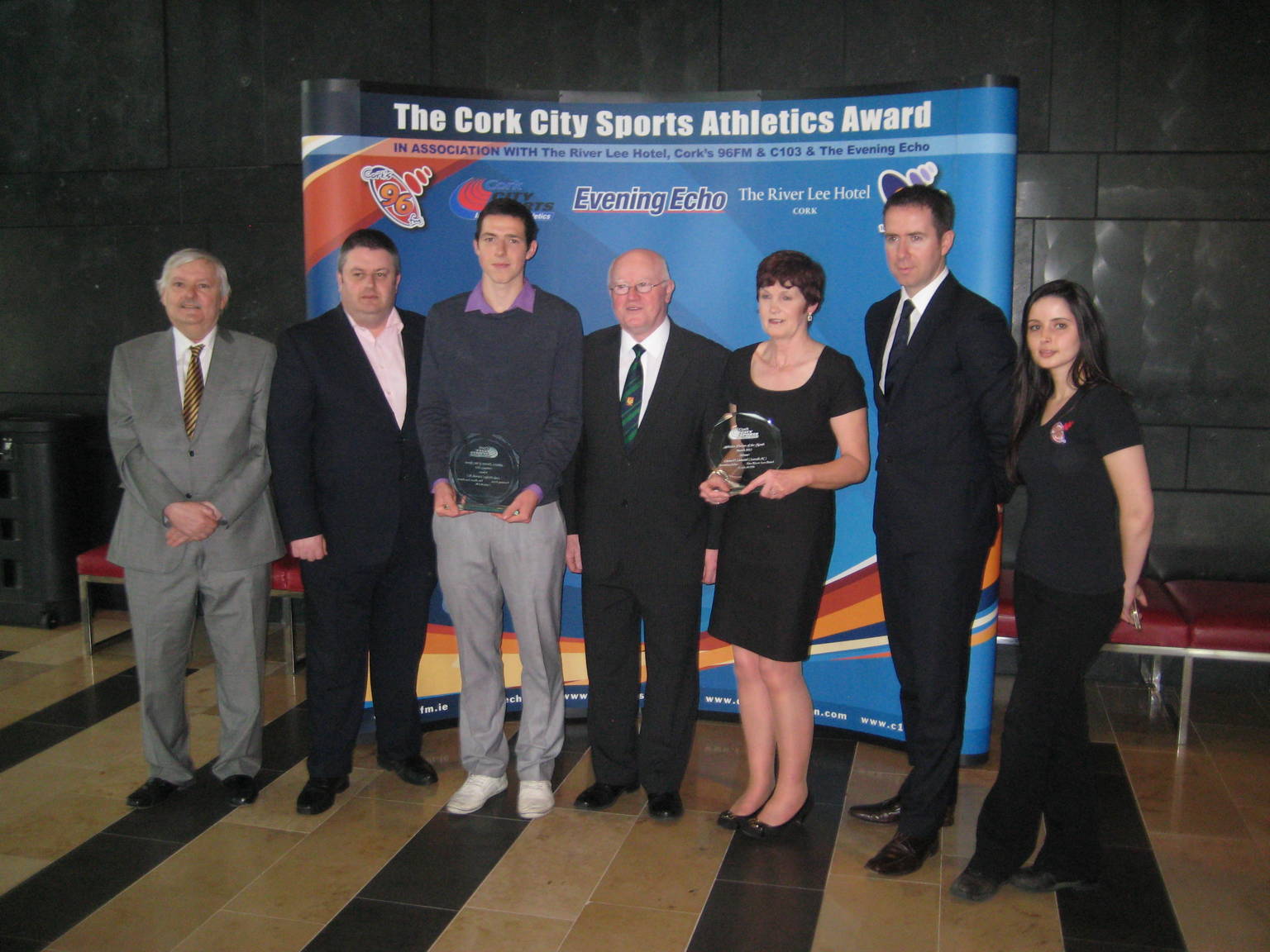 Luke received his award for his record-breaking performance at the Irish Senior Championships. He shattered the old Irish 5000m junior walk record by over 7 seconds in a time of 20:56.55. He also won the Irish junior indoor title in February. Last Sunday in Naumburg, Germany, Luke broke his previous PB for the 10K walk when he won the junior race in a time of 43:52. His previous best was 46:31 set at the Irish Senior Championships last year. His time is also well inside the standard of 44:30 for the European Junior Championships to be held in Rieti, Italy in July.

Ciarán, who at this stage is well used to winning awards was honoured for his magnificent bronze medal at the European Indoors in Goteborg in March. His mother Angela accepted the award on his behalf.

Cork City Sports Chairman Tony O’Connell introduced the speakers. Kieran McGeary, CEO of 96FM spoke on behalf of the sponsors and commended the club on its contribution the athletics. Chairman Liam Horgan spoke on behalf of the club and thanked the sponsors, especially acknowledging the fact that all 3 sponsors happened to be very generous contributors to our own recent Open Sports.