Leevale’s Marcus O’Sullivan is back in Cork for a few days and it was a treat to see him at the track tonight. He had great words of advice and encouragement for the appreciative young Leevale athletes.

Marcus is still one of the greatest athletes that Ireland has ever produced. A world class runner, and winner of three World Indoor Championships over 1500m, he competed in four Olympic Games. He is third all-time miler with total sub-4 minute miles, at 101. 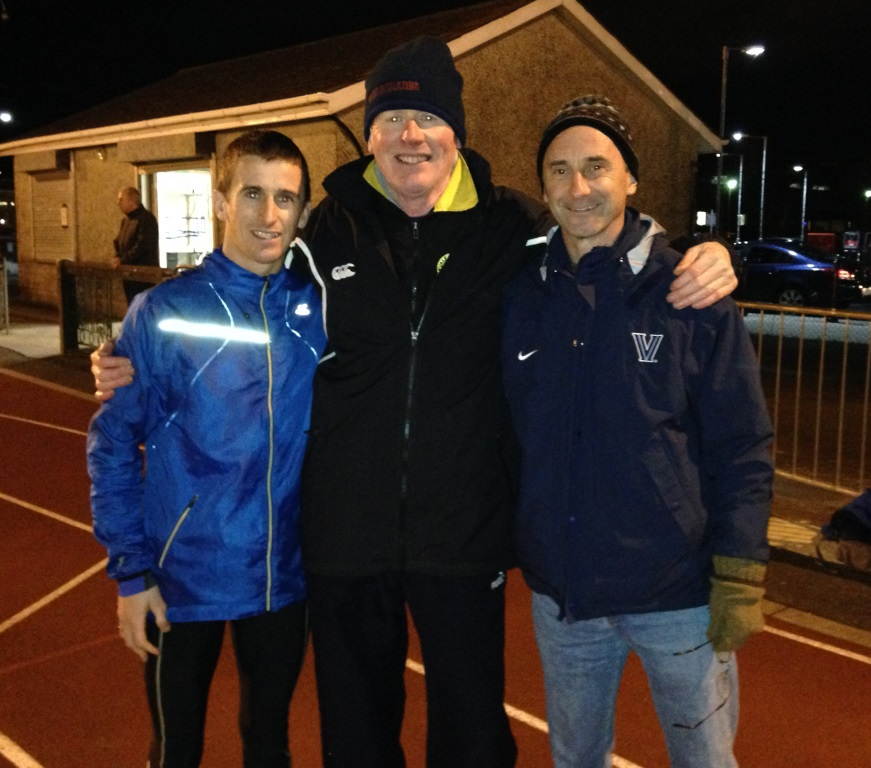 Marcus, along with Irish runners Ray Flynn, Eamonn Coghlan, and Frank O’Mara, established the still standing world record in the 4×1 mile relay, when they combined in Dublin on August 17 1985 to run 15:49.08

Marcus is the head coach at Villenova University.