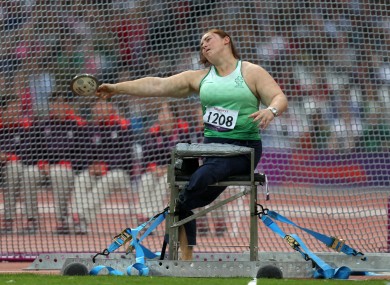 Barry set an early season marker with unofficial world record. At the the recent IPC Lyon test event, London 2012 bronze medal winner Orla Barry broke the F57 World Discus record 30.71m. Unfortunatley as there was no anti-doping available at the test event, the mark won’t be recognised as a World Record by IPC Athletics.

Orla will travel to Lyon for the IPC World Championships in July, where she will look to repeat the feat.