Sam Healy was nominated the Cork City Sports Athletic Person for the month for November. Sam, of Leevale AC & Carrigaline Community School, received the award for his achievement in winning the Intermediate Boys All-Ireland Combined Events title at Athlone IT indoor track on 16th November. Sam amassed an impressive total of 3389 points over the five events in the competition.

This performance secured Sam his place on the Irish team for Schools International Pentathlon which was held at the Emirates Arena in Glasgow on December 14th. There he won silver, less than 11 points behind the winner.

The award was presented by Cork City Sports Chairman Tony O’Connell who acknowled Sam’s achievements in winning this award for the second time. 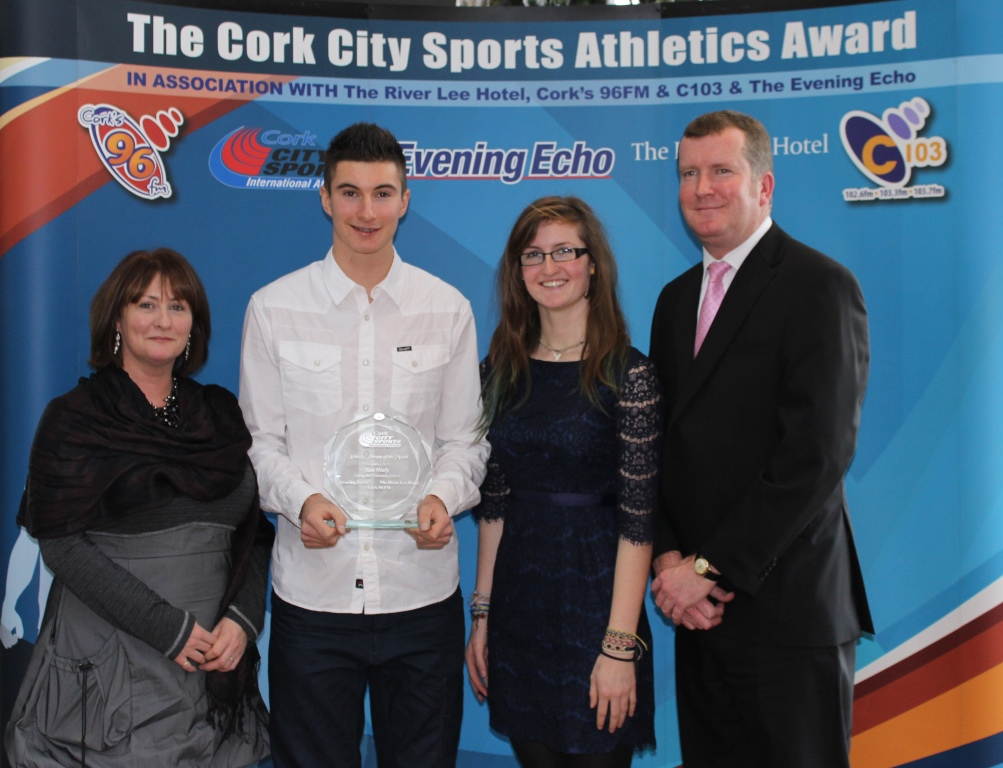