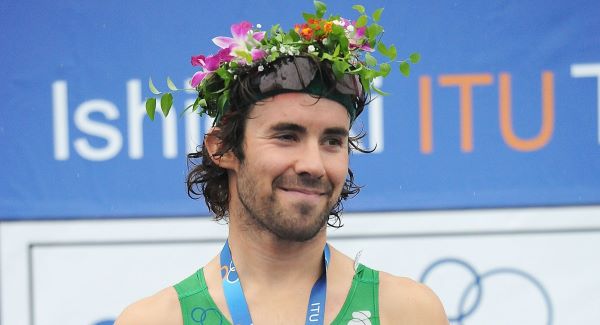 Leevale athlete and international triathlete Bryan Keane won his first podium place at the Triathlon World Cup in Japan yesterday. In spite of earlier crashing his bike, he dusted himself off and clocked a phenomenal 32:25 in the 10K run to claw his way back into contention and eventually win silver.

Bryan was a very successful juvenile and junior athlete for Leevale and has run for the club as a senior several times over the past few years. Most recently, last November he helped Leevale win the County Senior Cross Country team title in finishing second in the race to Mark Hanrahan.