Leevale atheles, coaches and officals travelled to Athlone today for the 2014 AAI Junior & U23 Indoor Championships.

Sam Healy completed a double winning the Junior Men’s 60m hurdles in 8.50 and the Long Jump with a leap of 6.67.

In the women’s 800m Louise Shanahan finished second to Siofra Cleirigh Buttner. Louise’s time of 2:10.77 is inside the standard of 2:11.00 for the European Youth Olympic Trials in Baku, Azerbaijan in May which is the qualification event for the World Youth Olympic Games in China.

Edmond O’Halloran lost out in a photo finish in the U23 men’s 60m Hurdles, taking second in 8.61

Shona Lowe has demonstrated a dramatic icrease in form to win won her first All-Ireland medal by taking  bronze in the GU23 200m in a time of 26.07. 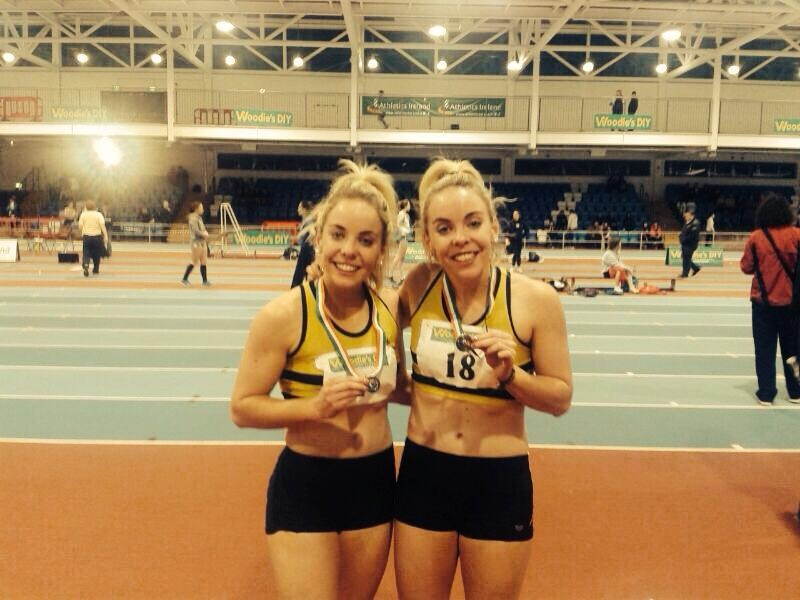