The opportunity to lay down early season markers and maybe achieve a qualifying performance for the various summer championships has seen a huge entry of over 200 athletes for the annual Leevale T&F meeting tomorrow.

The sprints in particular should see some exciting clashes with Marcus Lawler of St Laurence O’Toole up against David Hynes (Menapians) in both the 100m and 200m. At last year’s meet, Lawler won both events and was awarded the Bernard Walley Perpetual Cup for best male athlete.

A double winner at last year’s Aviva Irish Schools, the 19-year-old ended the season ranked second in the country in the 100m and first over 200m with his Irish junior record times of 10.38 and 20.87.

The women’s equivalent sees Kelly Proper hoping to build on an excellent indoor season where she brought her tally of national titles to a record 16, along with running 23.56 for 200m.

Ranked number one in the country last year with her 23.49, the Ferrybank athlete will face still opposition in both sprints from last year’s female athlete of the meet, Bandon’s Phil Healy.

Like Lawler, Healy also went on to do the double at Irish schools’ level and has had an excellent indoor season where she broke the U23 60m record on a number of occasions.

With Catherine McManus (DCH), Sarah Lavin (UCD) and Roseanna McGuckian (City of Lisburn) entered, it should make for an excellent day of sprinting. Another highlight should be the 400m hurdles where Paul Byrne of St Abban’s and Ben Kiely (Ferrybank) renew rivalry.

The meeting takes place at the CIT, the field events starting at 10.30am followed by the track events at 11.45am. 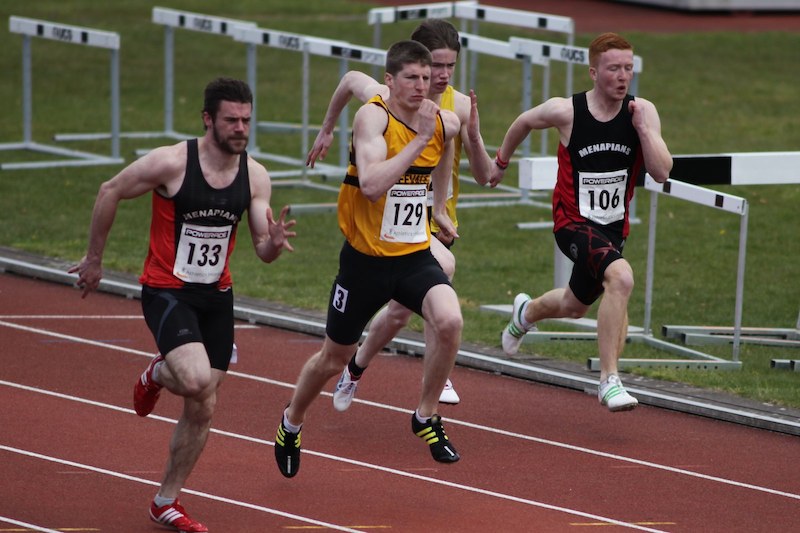