Leevale’s senior women’s team won the National Road Relay Championships in Raheny today. The team was made up of Sinead O’Connor, Clare McSweeney and Carol Finn.

Carol ran the first leg and handed over to Sinead in second place. Sinead ran a strong leg considering that she had already medalled in the 5k at the intervarsaties this weekend. Clare then ran a storming final leg overtaking all in front of her to take the title for Leevale.

This has been a great year so far for Leevale on national stage at senior levels with victories so far at the National Indoor Leagues, National 10K team, and now at the road relays.

Leevale also had a number of athletes competing in both the London and Rotterdam marathons today with all athletes setting new PBs.

Other athletes competing overseas this weekend were Alex Wright & Luke Hickey who rounded off their Rob Heffernan squad training by competing in the South African National championships. Alex finished second in the men’s race in a time of 87:17, Luke was not far behind in with a time of 94 minutes for the 20km distance. The squad’s next target is the World Race Walking Cup in China. 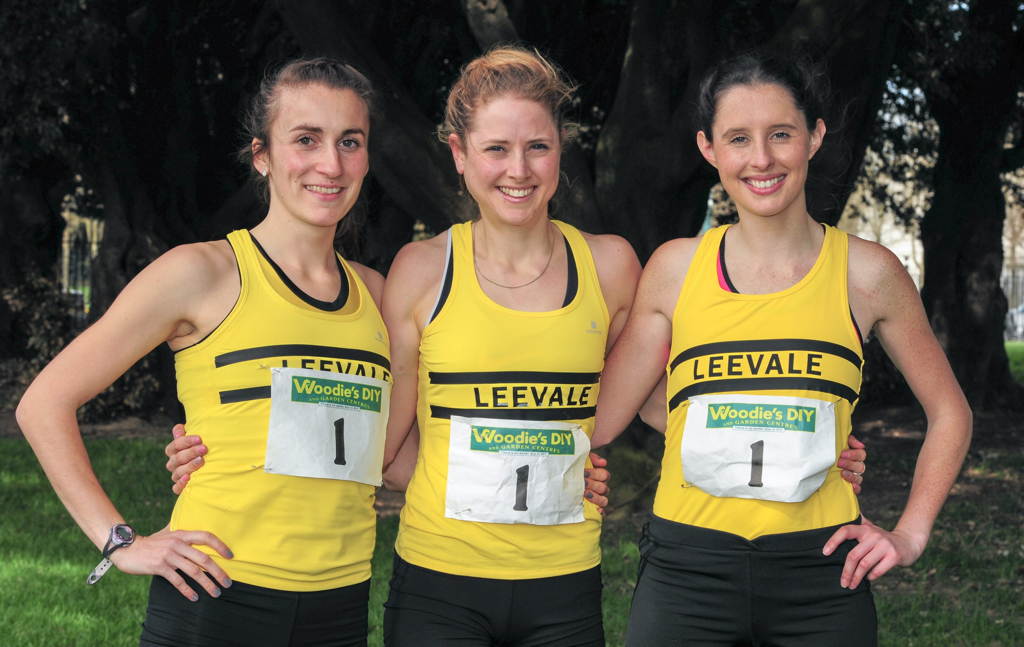