At an award ceremony in the River Lee Hotel, Mark Hanrahan was presented with the Cork City Sports Athlete of the month award for April. Mark received the award for his victory in the senior men’s national 10km road championship which was incorporated in the Great Ireland Run in the Phoenix Park on April 6th. The 2012 national 5000m track champion completed the hilly 10km course in a time of 30min 20sec. 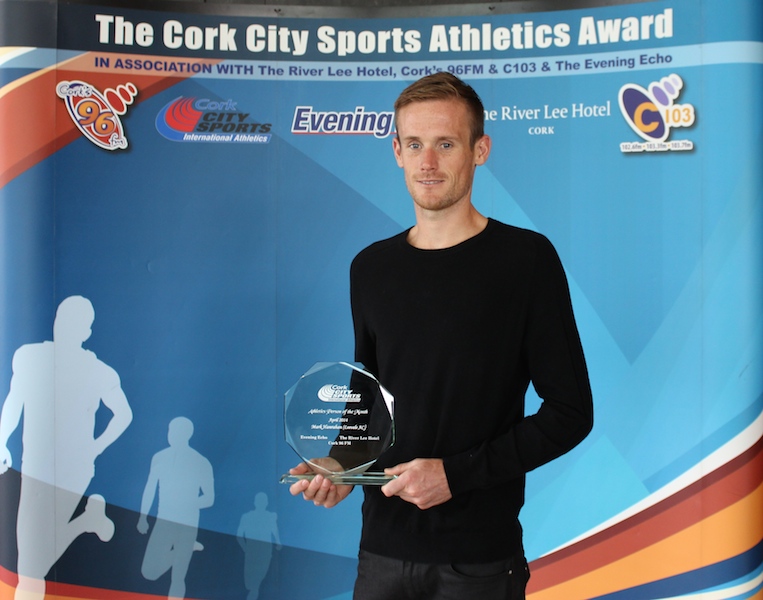