Lauren Whelan opened the medal haul with second place in the 5K women’s walk to Sinead Burke in 25:42.73. Michelle Finn the went on to take  silver in the women’s steeple chase.

Day 2 started on a high with gold and silver for Alex Wright and Like Hickey in the senior men’s walk.

Jessica Neville ran a strong race to take second in the 400m hurdles.

Sam Healy won his first national senior title when he took gold in the men’s long jump. One of the youngest competitors in the field, a 7.25m jump secured the title for him.

Louise Shanahan, who will soon be on her way to China to compete in the World Youth Olympics, won her first senior medal when she took bronze in the 800m in a time of 2:11.05.

Louise was subsequently a member of the women’s 4x400m relay team which won gold in an new club record of 3:52.74. The team was Christine Neville, Andrea Bickerdike, Carol Finn & Louise Shanahan.

The meet was rounded off with an athlete of the meet performance by Ciarán Ó Lionáird in the men’s 1500m. In a tactical race Ciarán out-sprinted the rest of the strong field to take the title and secure automatic selection for the European Championships next month. 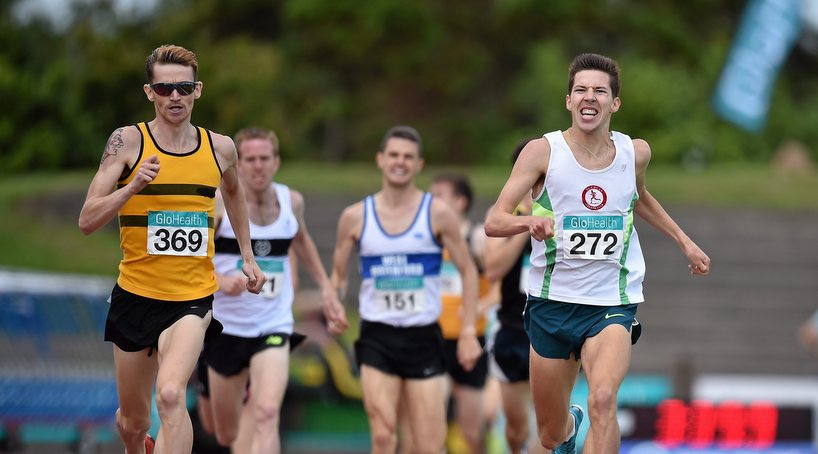 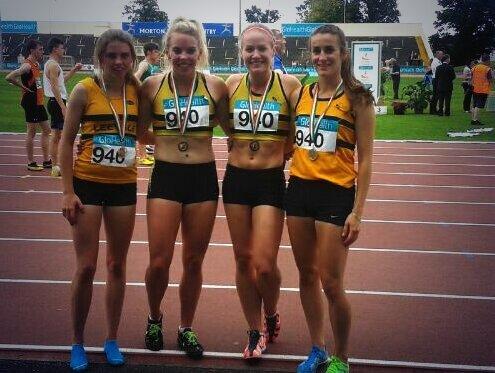