Eoin was a much loved member of Donie Walsh’s distance running group. “Pretty Eoin” as he was known to his running friends will always be remembered as being an absolute gent, a hard working runner and above all a genuinely sound and happy guy. Eoin always had a smile on his face. On Saturday mornings at training, no matter what the session was, he’d be there with a grin that you couldn’t help smiling back to. His positive attitude at training was infectious; he was always there and never complained about a thing. Running with Eoin was always an enjoyable experience. 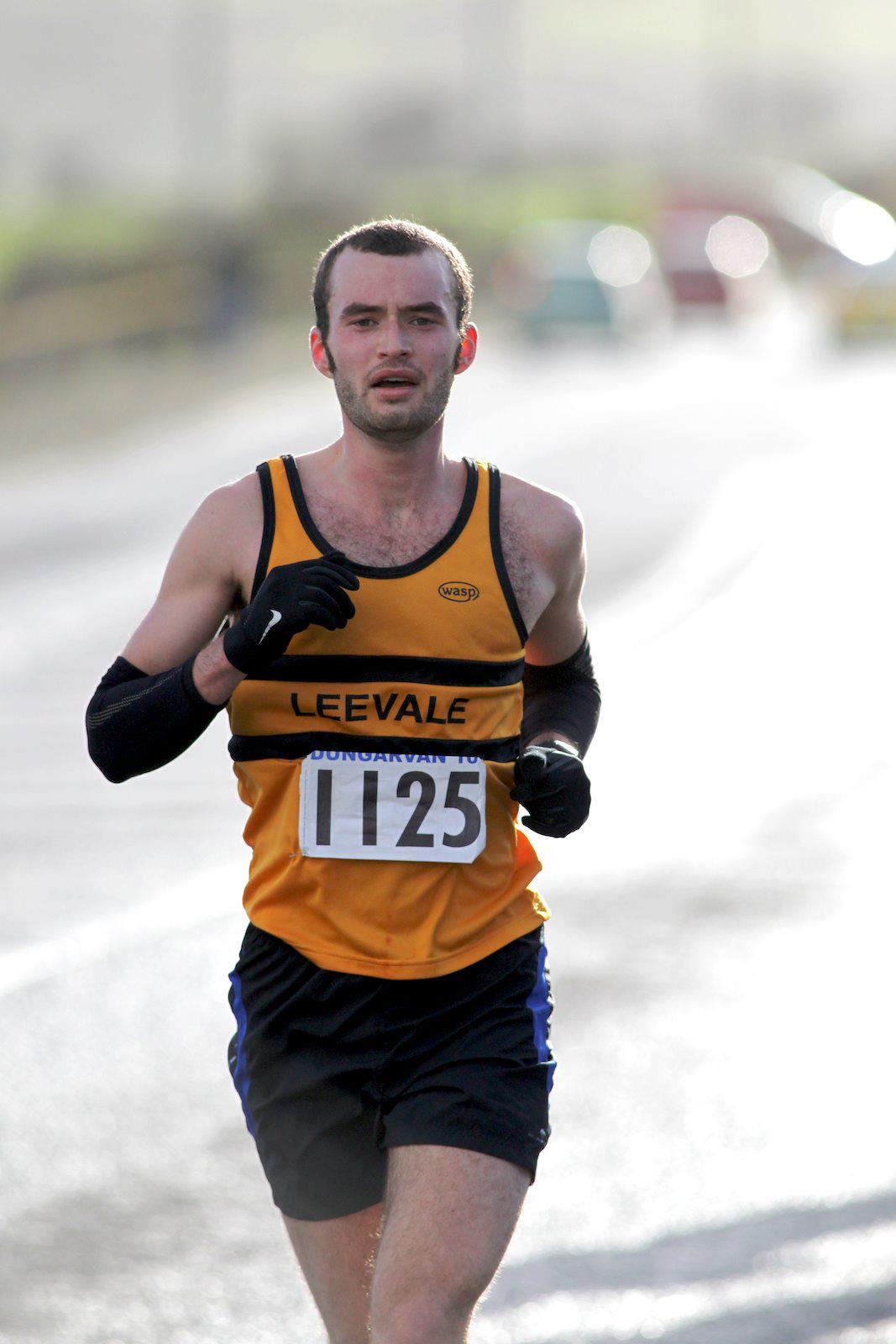 His first cross country race with the club highlighted his positive attitude. While the rest of us competing that day (and some of the spectators) couldn’t get away from the course in Millstreet fast enough, Eoin couldn’t get enough of it. It was freezing cold, the rain was bucketing down all morning and we had 5 miles of hills, muck and thistles to contend with. We all talk about that day as being the hardest race we have ever had to do. Eoin gave me a lift down there so after the race we trotted back to the car, ditched our mucky wet gear and started off to do a nice cool down around the car park. After about five minutes we had had enough and packed it in, we all got changed in the back of Colm Murphy’s van and drove off to get tea from the shop. The amazing thing was that even during the short warm down Eoin was already asking when the next race would be. I couldn’t believe it, I never wanted to go to Millstreet again let alone run a cross country race there but Eoin was counting the days to the next one. We were laughing and joking about it the whole way back to Cork.

The marathon was his big goal before heading off to Switzerland. His target was to break three hours and his training went perfectly. He was at all the long runs down the Marina with the gang and was always a great lad for asking an open ended question in the last few miles, so he would then be able to just run and listen while someone else did all the talking. On the big day itself I had offered to pace him from the 11 mile mark onwards. He was cruising along when I joined in so all I really did was run alongside him and hold bottles of water for him, reminding him every now and again to “relax” and to engage his core! Unfortunately, as it was really warm that day, by the time we got to the straight road the sub three was starting to slip away from him. Along the quays with less than a mile to go I asked him if he wanted more water, and without breaking his stride he turns to me and says “Just Spray me”. He ended up running just outside the three hour mark (seconds I might add!) but even sitting on Patrick’s Street a few minutes after finishing the race, tired and disappointed he was still able to laugh about the incident on the quay and later that night he was telling everyone about the whole thing, rightfully delighted with his day.

We will no doubt see him in the distance when we’re out running by ourselves, or maybe even sense him running alongside us in a race. I think I can safely say that each one of us in Donie’s group thought of Eoin at various points during each run this past week. Eoin’s memory will stay with us for many more miles in the future, around Cork City and further afield – and especially if we ever get back to Millstreet!
Every time someone from the club attempts a sub three hour marathon from now on we will dedicate it to Eoin. His loss will be felt for a long time to come but we will always remember him with a smile. Our thoughts are with his family, his girlfriend Maria and all else who knew him