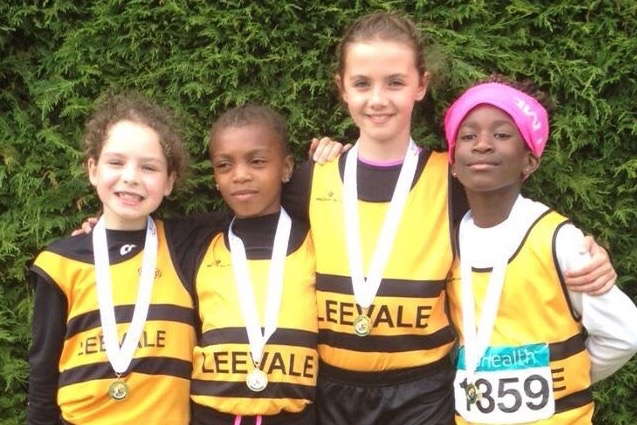 It was a successful day for Leevale athletes at the GloHealth Childrens National Championships at Tullamore today.

Theo De Souza and DJ Coffey got the day off to a great start with victory in the BU10 60m pairs. In the GU10 600m, Nicole Dinan and Okwu Backari finished 2nd where their combined time was an agonising 3 tenths of a second behind the winning Dunleer team. Nicole and Okwu then teamed up with Lucie Healy and Fatima Amusa to put in the performance of the day when winning the 4x100m relay in a cracking time of 60.74s, a full 4 seconds ahead of the nearest opposition.

Jessica Lyne and Kate Naughton were unlucky to finish a close 4th place in the GU11 turbo javelin. The U11 600m pair of Aine Power and Rachael O’Shea ran well when finishing 12th in their event.

In the combined events championships Tommy Connolly again showed his versatility when finishing 4th in the BU14 pentathlon. John Forde finished 8th in the BU15 event.