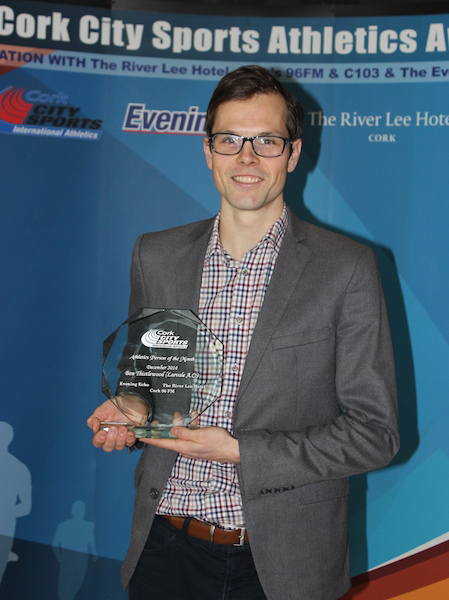 Ben Thistlewood, Leevale AC, is the Cork City Sports Athlete of the Month for December. Ben receives the award for his win in the Athletics Ireland National Novice Cross-Country Championships, held in Santry Demesne, Dublin last month.  In addition to winning the event, Ben led both his club, Leevale AC, and Cork to the respective club and county team title. Describing his tactics for the event, Ben said that he had received great advice from his Leevale coach, Donie Walsh, who advised him to bide his time and go when he felt it was right, so he held back until the final lap, where he upped the pressure on his remaining opponents, making his final, and decisive, burst for home with 400m to go.

A medical student in UCC, Ben thanked the university for the athletic scholarship that they provide.

The Cork City Sports Athlete of the Month Award is sponsored by 96FM/C103FM, The Evening Echo and The River Lee Hotel