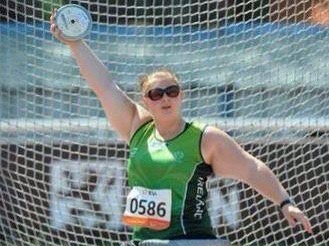 The 25-year-old Leevale athlete threw a season’s best of 29.82 metres with her second attempt to secure a place on the podium.

This is a fifth major championship medal for bilateral amputee Barry, who also claimed bronze at the 2012 Paralympic Games in London

Orla said: “I’m really pleased to make a world championship podium again. It’s been a long season so to save my best performance of the year for when it mattered is really satisfying. This is such a competitive class, so I had to be on top form to be in with a chance. It’s a great feeling.”