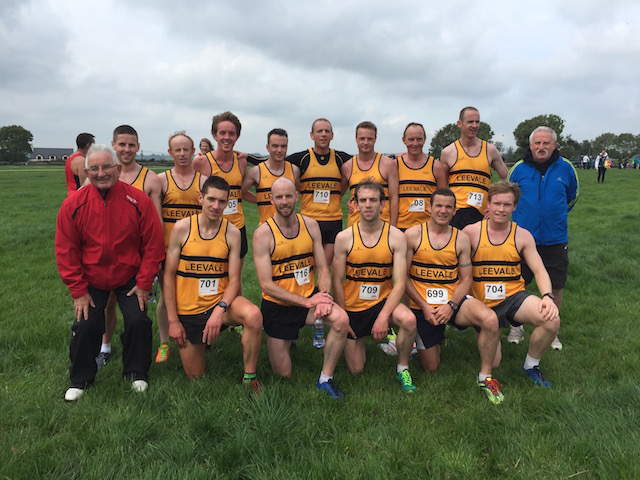 The Munster Novice and U23 cross country championships took place at the new Waterford IT sports grounds in Carraiganore on Sunday.

The athletes faced a testing 1500m lap which included a long 400m hill followed immediately by a steep descent. The one saving grace was that thanks to the recent spell of dry weather the ground was firm.

On the first lap Donal Coakley took the lead closely followed by Chris and Michael Pat. When the strong Ennis Track runners took the pace on the second lap, only Chris was able to follow. Behind Donal, Michael Pat and Tomás packed well to ensure that Leevale had a good chance of the club prize.

In the end Chris finished in a great 5th place, with Donal 8th, Michael Pat 11th and Tomás in 21st. Added together these four places were sufficient to secure Leevale the Munster Novice Club title to add to the recent County Novice Club title.

Next up for the Novice athletes is the All Ireland Novice Cross Country on the 6th of December. These races will be held on a nice flat fast course at St. Augustine’s College, Dungarvan.