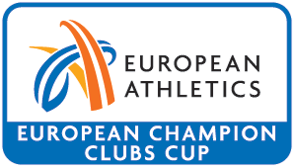 Leevale’s Junior Men have been ranked number 1 by Athletics Ireland after the 2015 T&F season. As a result the club has now been selected to represent Ireland at the 2016 European Clubs Track and Field Junior Men’s competition which will be held in Leira, Portugal.

The competition will take place on September 17th 2016.

This is a great opportunity for Leevale’s 2016 junior men’s squad to round off the 2016 T&F season with a European International Competition in Portugal in September.