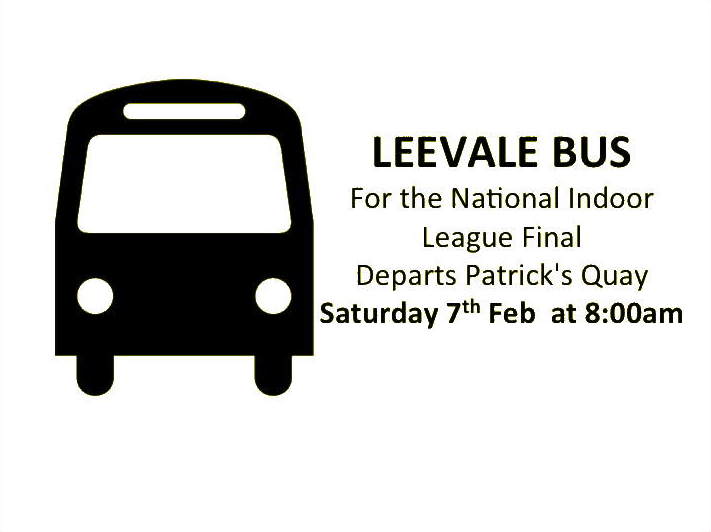 Both Leevale women’s & men’s teams are safely through to the GloHealth National Indoor league final which will be held on Saturday Feb 7th.

The second round of the league was held on Saturday and the Leevale women finished second and the men were third.

It is all to play for next Saturday in the final where both the women’s and men’s teams will attempt to retain their national titles.

The team bus will depart Patricks Quay at 7am.