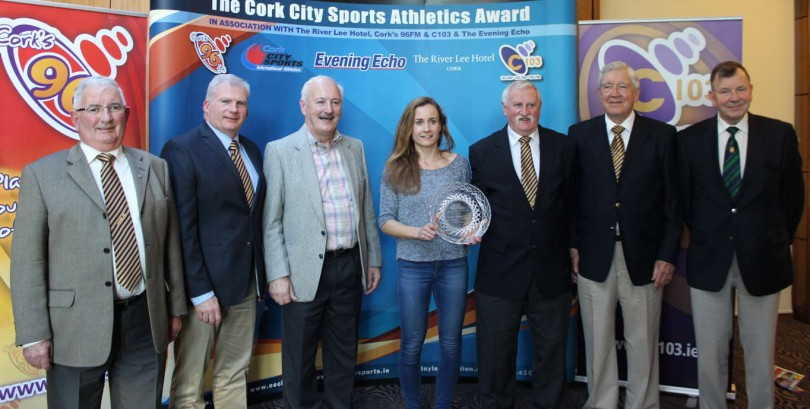 There was a large turnout at The River Lee Hotel for the Cork City Sports Athletic Person Of The Year Award for 2014. Against stiff opposition the award went to Michelle Finn of Leevale AC. Michelle received the award for an outstanding 2nd place in the National Inter Counties Cross Country Championship, held at Dundalk IT on November 23rd. This run also secured Michelle a place on the Irish team for the European Cross Country Championships, held in Bulgaria, in December, where she ran a superb race, finishing 23rd. She was a scoring member of the Irish Senior Women’s team that finished 3rd place in the team contest. Michelle was also selected on the European team which competed in the Great Edinburgh Cross Country race held in Scotland, where she finished 22nd in a world class field.

Michelle was one of five Leevale nominations for The Cork City Sports Athlete Of the Year 2014: