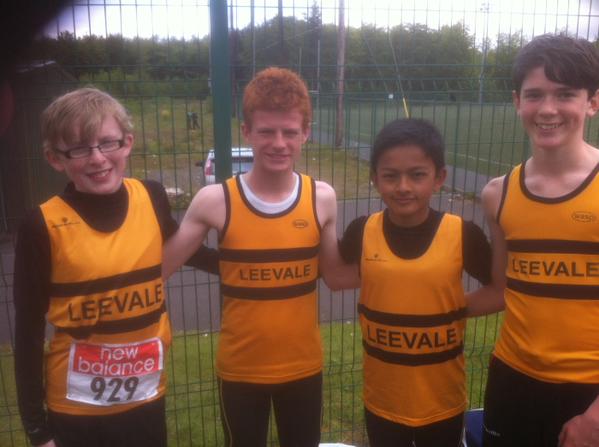 The Munster Juvenile Relays which took place in a pleasant Ennis yesterday was another very successful outing for Leevale.

The GU10 team of Nicole Dinan, Claire Crowley, Okwu Barari and Fatima Amuse were very clear winners. This was followed by victory for the GU12 when the team of Ella Scott, Lucy Sleeman, Kate Long, Caitlin Hennessy & Ciara O’Mahony made it a 4th consecutive Munster title for this Leevale team. The BU14 team of Wymin Sivakumar, Robert Twomey, Shane Aherne and Jack McGrath stormed to victory with the biggest winning margin of the day.

The BU13 team of Hugh Collins, Reece Ademola, Zack Dinan and Sean Condon finished a close 3rd in their event, narrowly behind the first two. There also were competitive runs by the GU11, GU13 and BU12 teams who all finished just outside the medal positions.