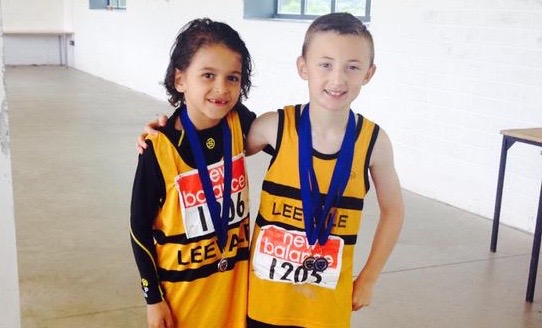 Day 2 of the Munster U9-U13 Championships was held at the CIT today. Sean Condon was victorious in the BU12 high jump with a new PB of 1.40m, narrowly failing in his attempt to set a new championship best performance.

The BU10 track schedule was dominated by Leevale pair DJ Coffey and Thoe De Souza who won both the 60m and the 500m team events for Leevale. DJ and Theo finished in 1st and 2nd places in the 500m event. In the 60m sprint, Theo finished 2nd with DJ closely behind in 5th place. On this form their partnership will take some beating at the national team event championships later this month.