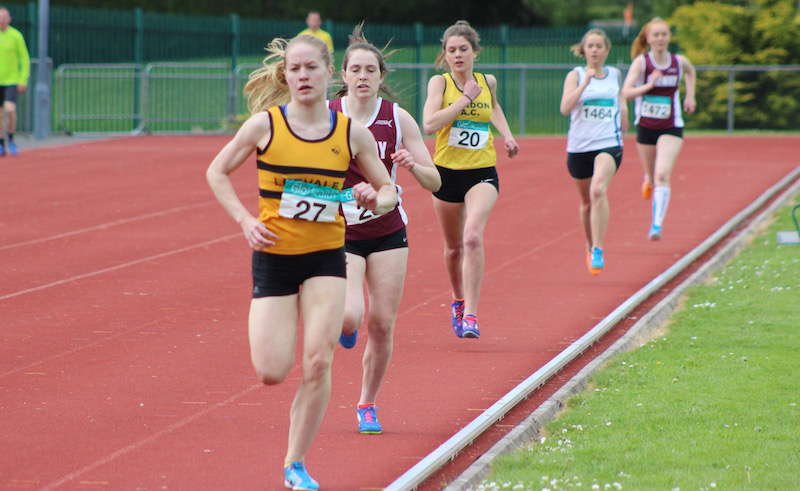 Leevale’s men’s and women’s senior teams travelled to Templemore on Sunday to compete in Round 1 of the National Senior League. There were some great individual and team performances on the day.

Alex Wright was in a class of his own in the 3k walk securing the opening 9 points. This was followed by Daniel O’Mahony’s win in the 400H. David Quilligan added another 9 by wining the LJ, while Dave Tierney added 16 points by winning the 56lbs and second in the shot putt.

In the women’s events Andrea Bickerdike secured 16 points by winning the 400m and finishing second in the 800m. She then helped the team to second in the 4x400m relay. Carol Finn also a member of the 4×400 relay also won the 1500m. Una Samuels added another 9 points with her win in the pole vault. Šárka Buranská was a easy winner in the TJ.

Both the men’s & women’s teams were a mix of established senior athletes and up and coming junior athletes, with all athletes performing well on the day securing valuable points for the club.

After the first round, the Leevale women’s team now lie in 4th overall, while the men’s team are 6th. The next round of the league will be held on Sunday 19th July.