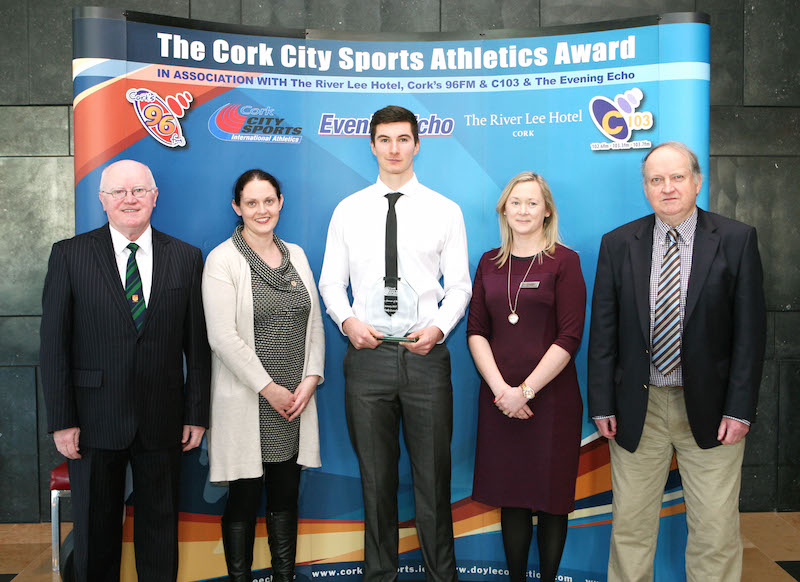 Sam Healy of Leevale AC is the Cork City Sports Athlete of the month for January. Sam was presented the award at a ceremony in The River Lee Hotel.

In January Healy set a new Irish Record in the Junior Men’s 60m Hurdles running 7.89 at the GloHealth Junior/U23 Track and Feld Championships at the AIT, International Arena Athlone. Healy had equalled the previous record of 8 seconds held by Trevor McGlynn since 1997 at the Munster Championships in Athlone on 4th January. Healy also took the long jump title in a new indoor personal best of 7.24m. The European Junior Championships  which will be held in  Eskilstuna, Sweden rank high in Healy’s plans for 2015.

On had were the event sponsors 96&C103FM, Evening Echo & The River Lee Hotel.